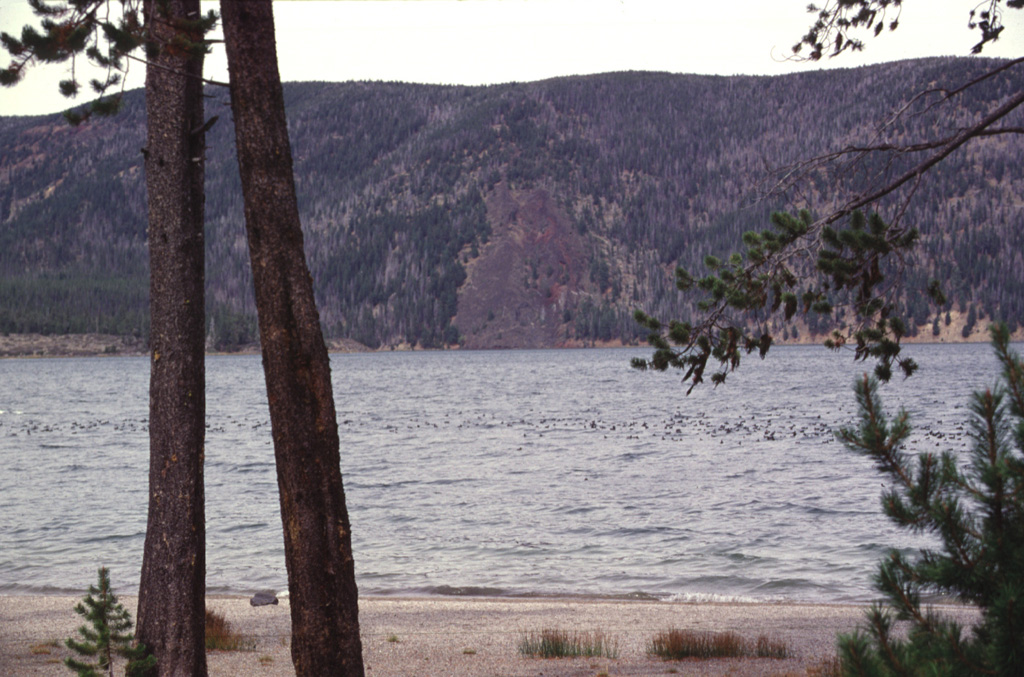 The East Lake fissure (center) cutting the north rim of Newberry caldera produced the North Summit lava flow about 6000 years ago. The basaltic lava flow (the unvegetated area in the center of the photo) can be seen descending into the NE corner of East Lake. The East Lake fissure marks the southern end of the lengthy Northwest Rift Zone, which extends down the outer flank of the volcano. Another flow, the basaltic Surveyor lava flow, was erupted on the southern flank of Newberry at about the same time.