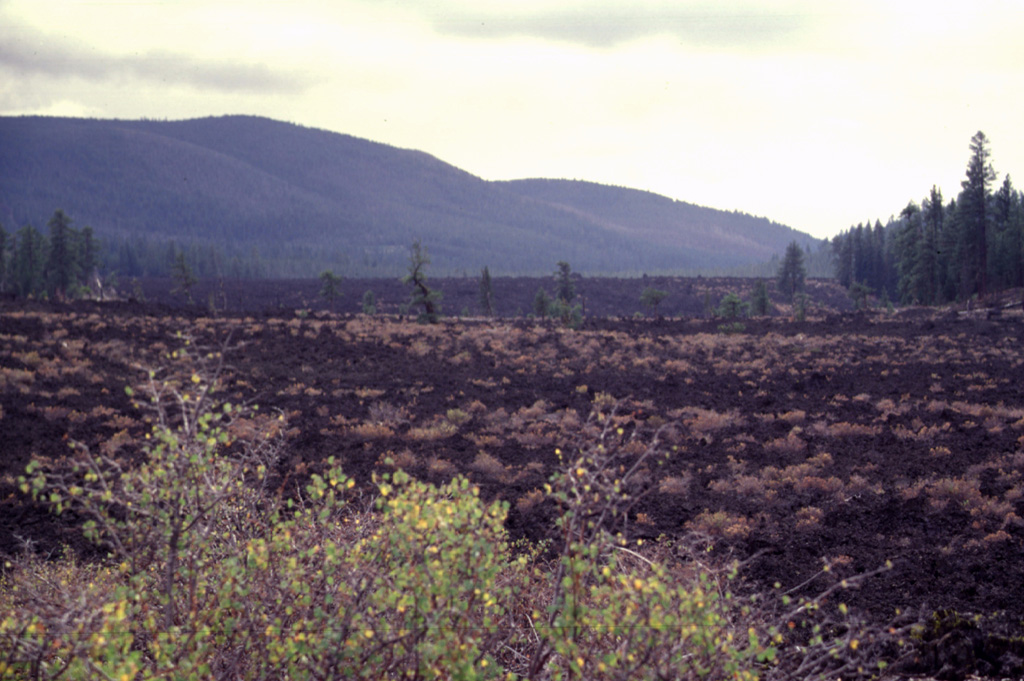 The Lava Cascade lava flow erupted from the Newberry NW rift zone about 7,000 years ago and traveled about 8 km NW from its vent. The forested area to the far right is one of three large kipukas composed of older lavas that were surrounded by the flow. The flow in the foreground, called the Lava Cast Forest flow, originated from another fissure at about the same time. The NW rim of Newberry caldera rises in the distance.