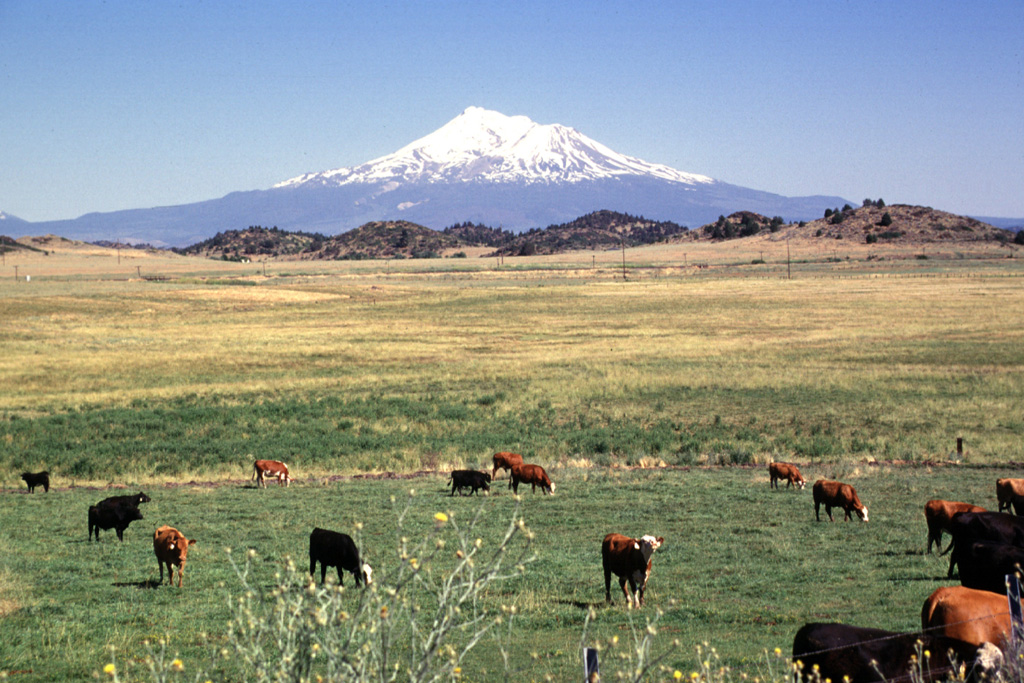 The forested hills and rolling pasture lands near the town of Montague are part of a massive debris-avalanche deposit that originated from Mount Shasta during the Pleistocene. The hills consist of remnants of the former edifice of Mount Shasta that were transported relatively intact to this point, about 40 km NW of the volcano, in the largest known Quaternary avalanche from a continental volcano. The origin of the hills remained enigmatic until volcanologists noticed the resemblance to the avalanche deposit produced at Mount St. Helens in 1980.