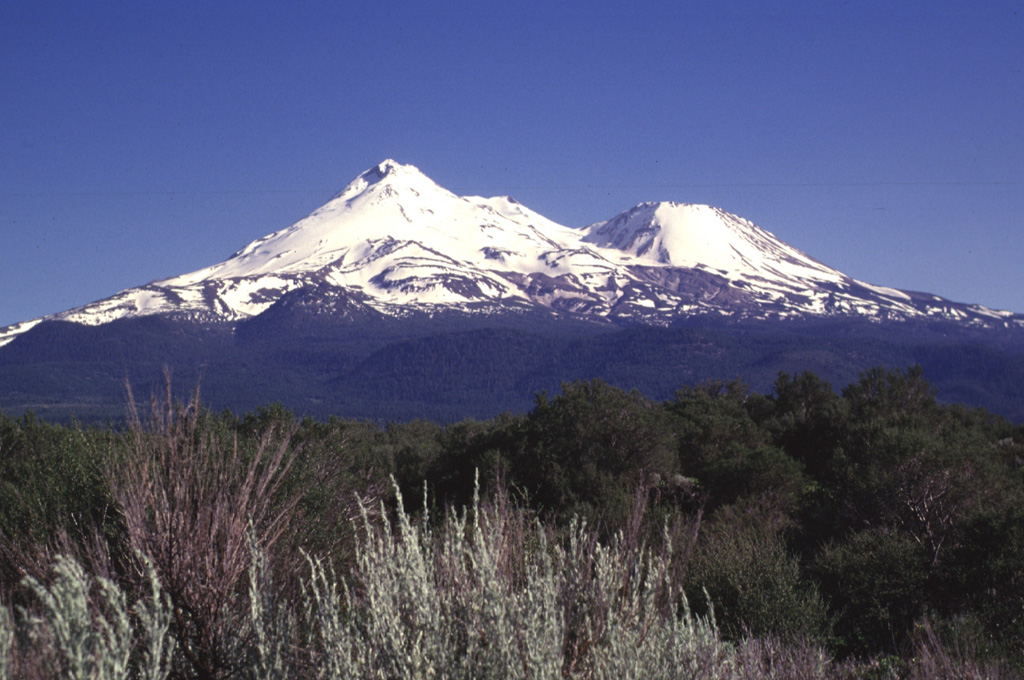 Massive Mount Shasta, the largest-volume volcano of the Cascade Range, rises 3500 m above the landscape of northern California. It is seen here from the north, with Holtum cone forming the 4317 m summit and Shastina lava dome on the western flank. The compound volcano is composed of at least four main edifices, of which the last two, Hotlum and Shastina, are of Holocene age. Shasta's only historical eruption was observed from the ship of the explorer La Perouse off the California coast in 1786.