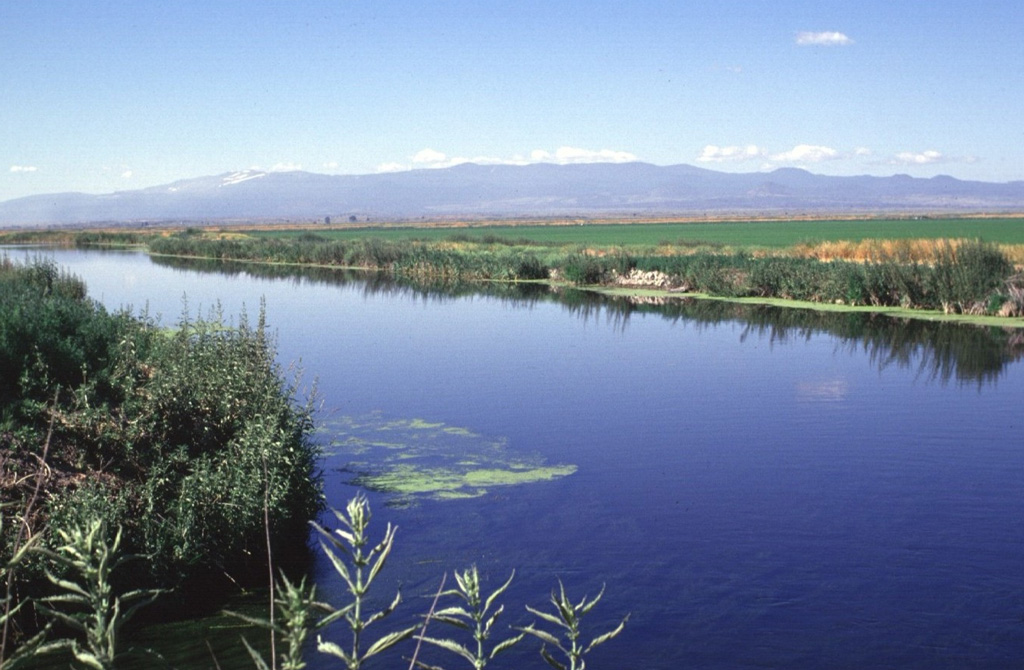 The broad 50-km-wide Medicine Lake volcano in the southern Cascade Range, seen here from the NE, is an example of a shield volcano in a continental margin setting. Its chemistry is more diverse than Hawaiian shield volcanoes and it has produced both basaltic lava flows, rhyolitic tephra, and obsidian flows during the Holocene. Eruptions have occurred during the past 6,000 years from vents within a 7 x 11 km summit caldera and from other vents on its flanks.