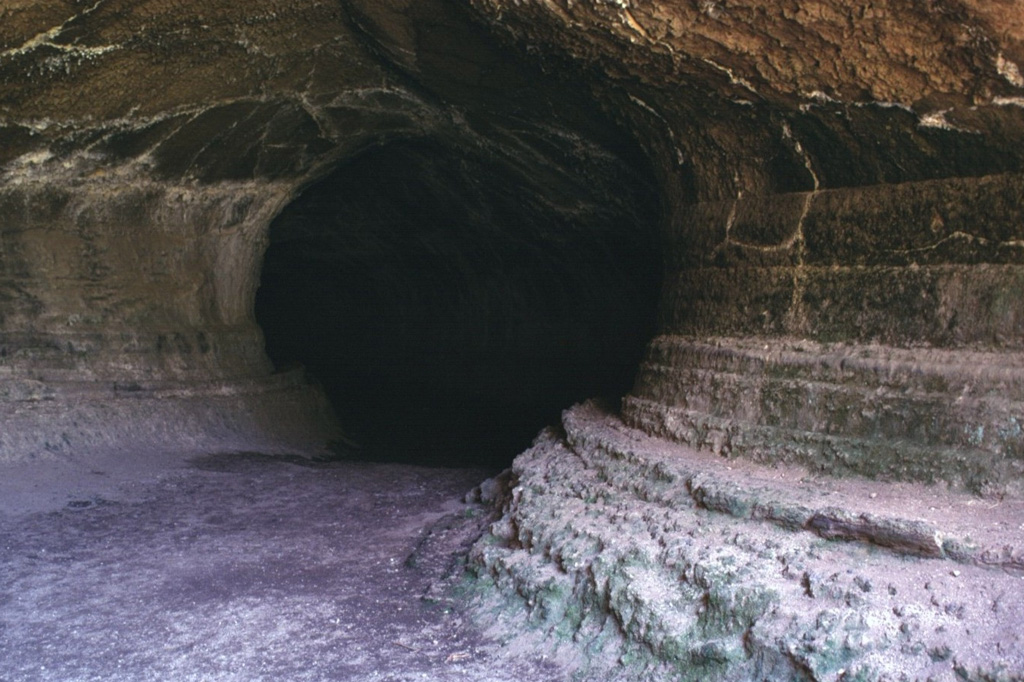 Lava Beds National Monument contains nearly 300 lava-tube caves associated with fluid basaltic lava flows on the flanks of Medicine Lake volcano in northern California. The sides of this large lava tube, known as Valentine Cave, show the pronounced "bathtub rings" left by lava flowing through the tube. Valentine Cave is an example of a lava tube from which lava almost completely drained. The Valentine lava flow was erupted about 10,850 radiocarbon years ago, and is one of the largest flows on the northern flank of Medicine Lake caldera.