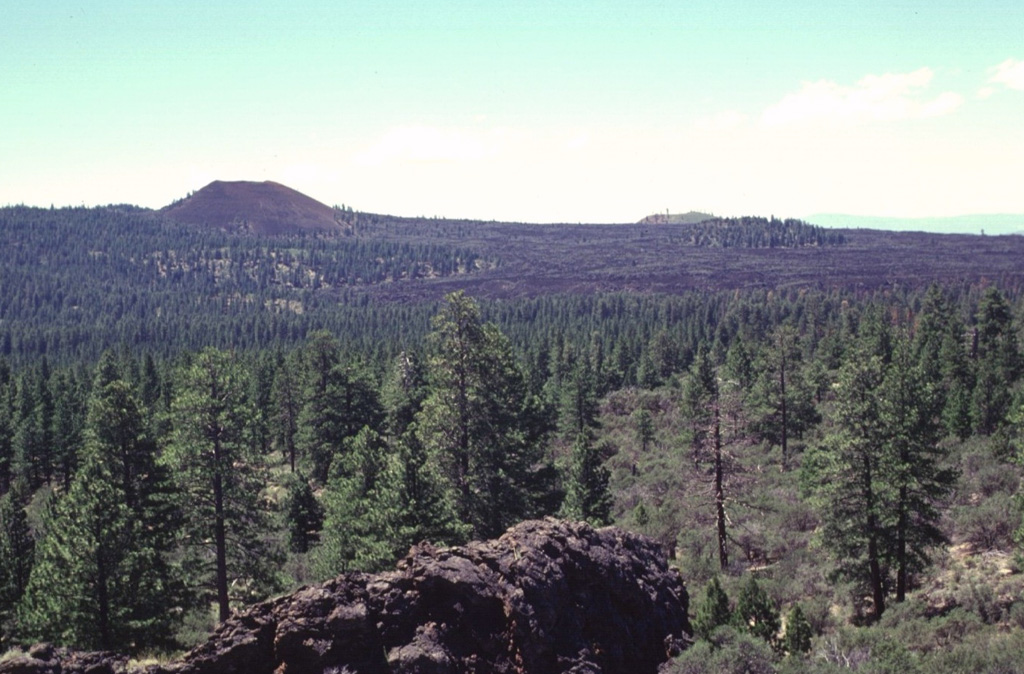 Cinder Butte (upper left) on the north side of massive Medicine Lake volcano was the source of a voluminous lava flow that is the most recent on the volcano's north flank. The cone is seen here from the east from the rim of Mammoth Crater in Lava Beds National Monument. Cinder Butte was formed during an eruption about 800 CE that also produced the sparsely vegetated Callahan lava flow, which can be seen extending down the north flank to the right.