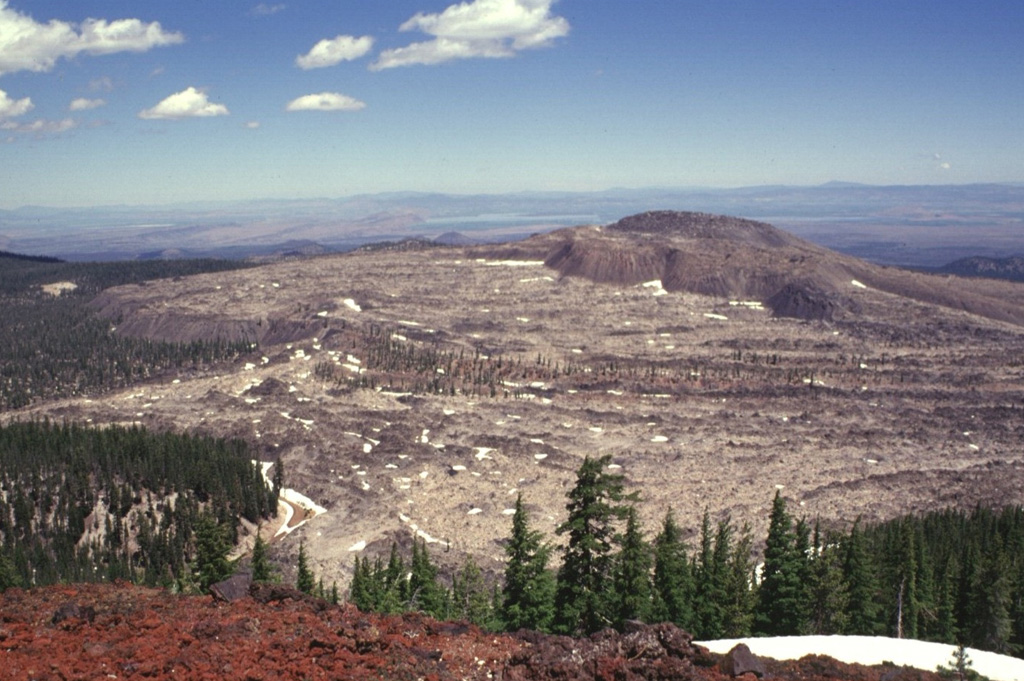 The Glass Mountain obsidian flow, seen here from Lyons Peak on the east rim of Medicine Lake caldera, was erupted from a series of vents just outside the buried inferred eastern rim of the caldera. The youthful, steep-sided rhyolitic and dacitic flow is both the largest and youngest of a series of Holocene rhyolitic and dacitic flows at Medicine Lake. The 1 cu km flow was erupted about 900 years ago. The flow traveled a short distance west (left) into the caldera, but mostly flowed down the eastern flank, reaching a point about 6 km from its source.