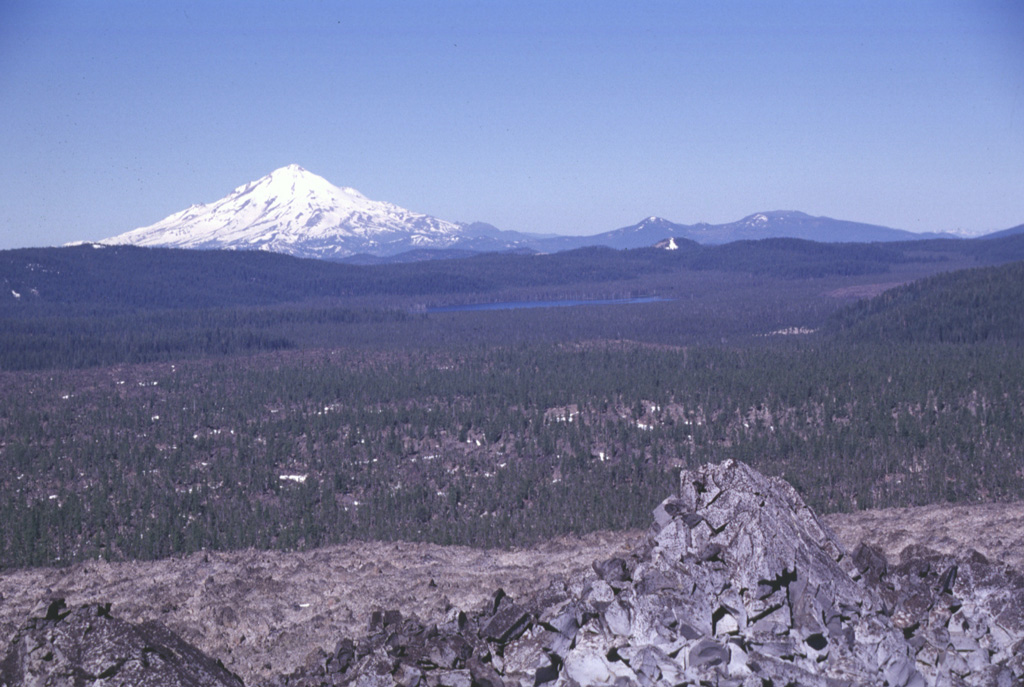 The broad partially forested lava flow extending across the center of the photo into Medicine Lake caldera is the Hoffman lava flow, which erupted about 1,170 years ago. The massive rhyolite lava flow and an adjacent smaller one were erupted from vents on the NE rim of the caldera. The larger of the two flows, seen here with the unvegetated Glass Mountain flow in the foreground, was erupted near the caldera rim and flowed both west into the caldera and down the east flank. Snow-capped Mount Shasta rises to the west.