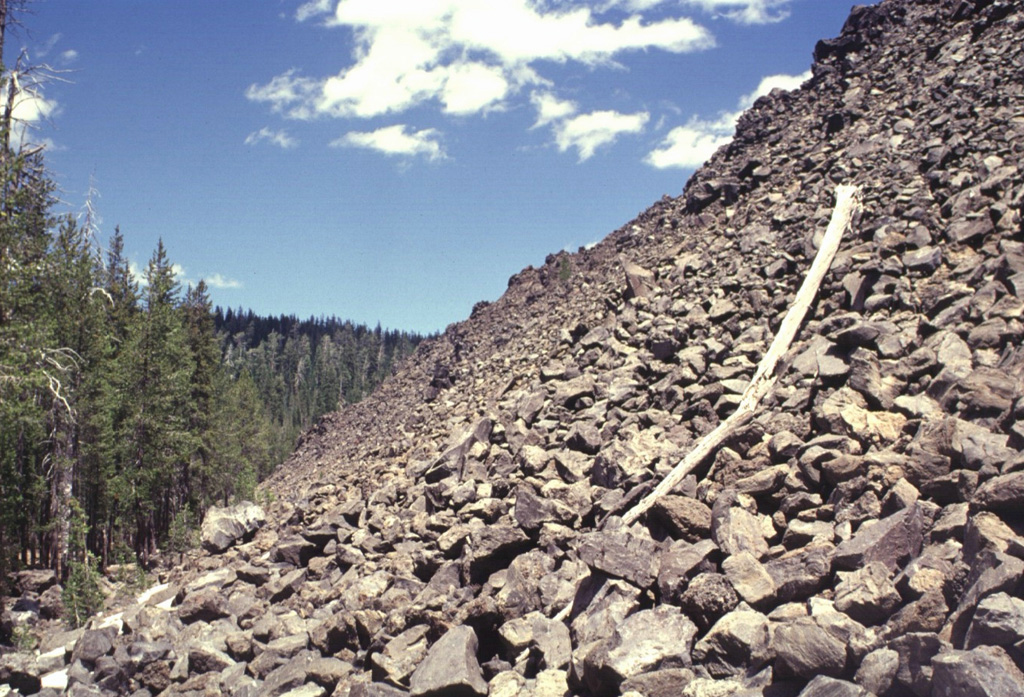 The western terminous of the dacitic Hoffman lava flow forms a steep-sided blocky cliff ranging up to about 50 m in height. The Hoffman flow and a rhyolite flow on the NE side of Mt. Hoffman were erupted about 1230 years ago. The flows originated from six or more NW-SE-trending vents, and were preceded by eruption of tephra. The larger of the two flows (seen here) was erupted near the eastern caldera rim and flowed primarily west into the caldera, although a smaller portion traveled to the east.