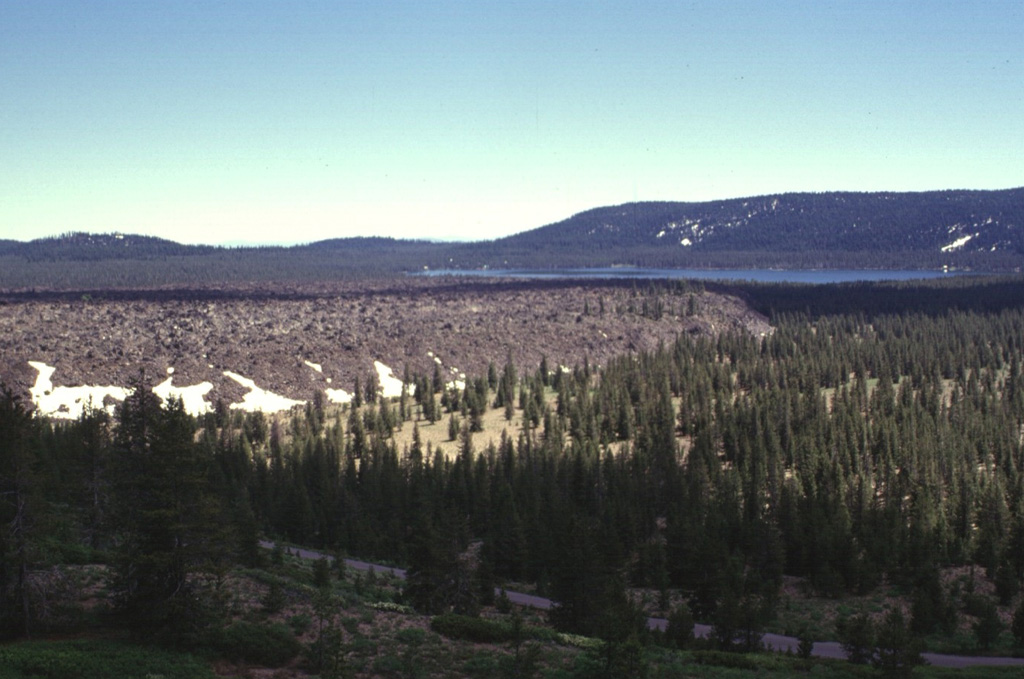 The Medicine Lake lava flow, seen here from the NW with Medicine Lake in the background, was erupted onto the caldera floor from an inconspicuous vent near the north caldera rim. Unlike other large rhyolitic lava flows at Medicine Lake, it apparently was not preceded by a major explosive eruption. The flat-lying, viscous 0.08 cu km lava flow is not precisely dated, but is known from stratigraphic evidence to have been emplaced sometime between the roughly 780 BCE Burnt Lava flow and the roughly 720 CE Hoffman flow.