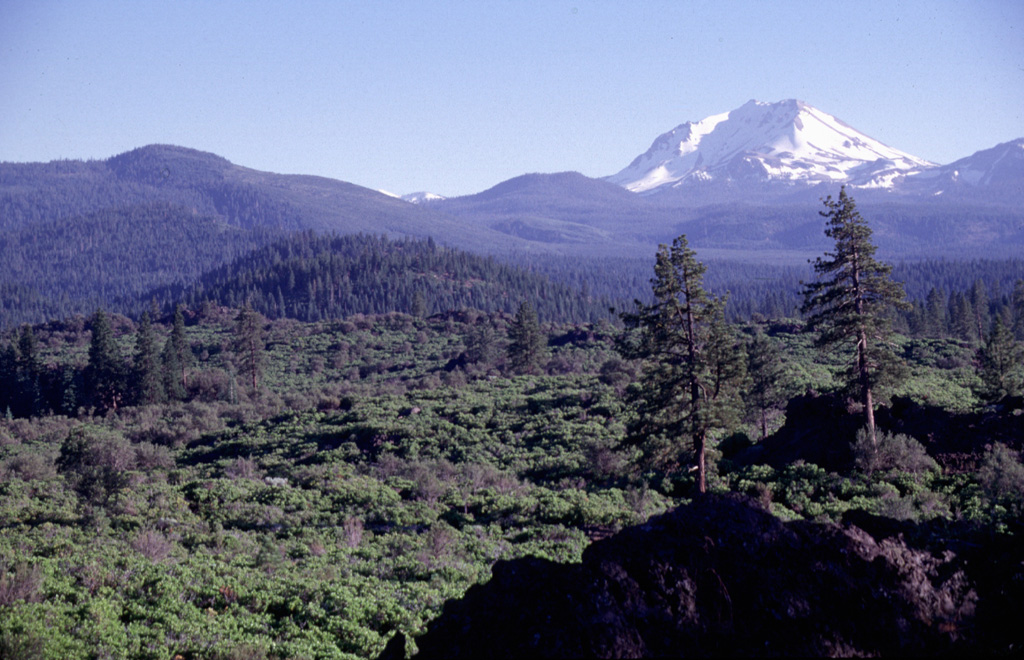 Potato Butte, the forested cinder cone at the left-center, is seen here from the rim of the Hat Creek vent with snow-covered Lassen Peak in the background. The Potato Butte cinder cones and lava flows were erupted around 65,000-75,000 years ago. The prominent 30,000-year-old Hat Creek lava flow traveled nearly 30 km from a fissure vent near the town of Old Station. An undated, but younger-looking flow originated from a cinder cone near West Prospect Peak, west of Potato Butte. 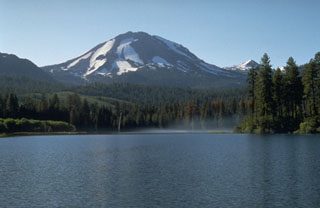 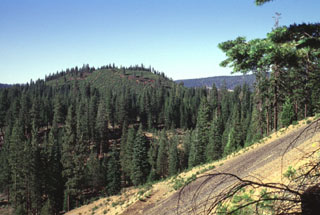