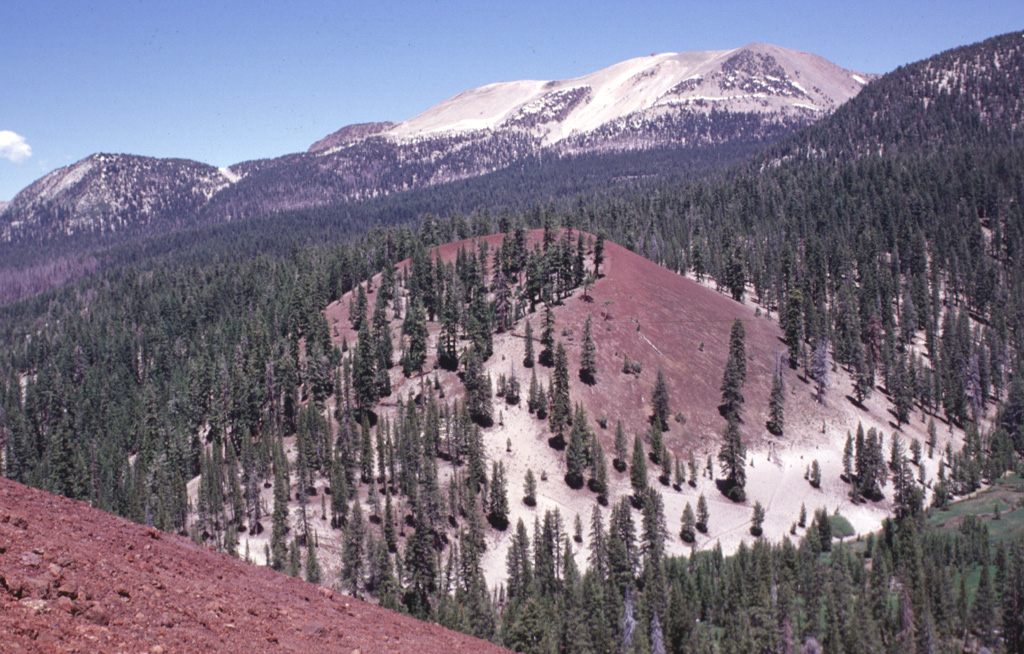 Mammoth Mountain, a Pleistocene trachydacitic lava-dome complex constructed on the SW topographic rim of the Long Valley caldera between about 200,000 and 50,000 years ago, forms the broad peak on the horizon. The Red Cones (center and lower left) are part of series of about three dozen mafic cones surrounding Mammoth Mountain. The oxidized reddish scoria of the cone, which was formed during the early Holocene, is mantled at its base by light-colored pumice erupted from the Inyo Craters about 650 years ago. 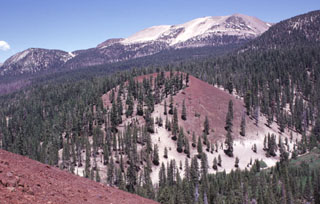