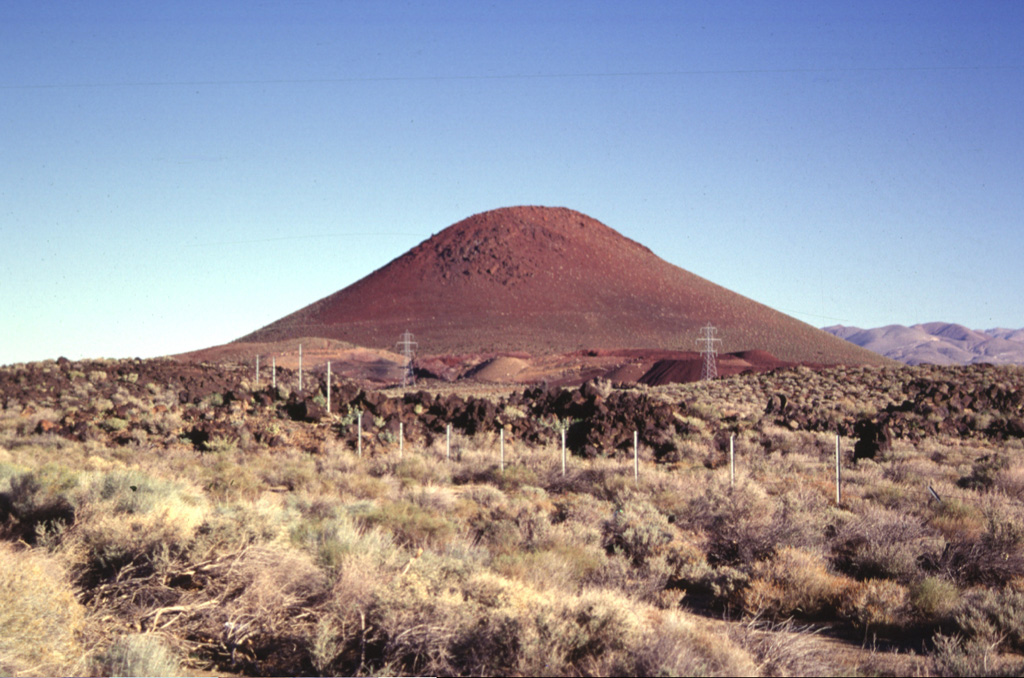 Red Cone, a basaltic cinder cone at the western margin of the Coso volcanic field, is a prominent landmark visible from Highway 395, which follows the eastern margin of the Sierra Nevada Range. The late-Pleistocene cinder cone is the largest of a group of isolated cones along the valley floor. An area of more concentrated young basaltic cones and lava flows occurs to the SE along the crest of the volcanic horst forming the Coso Range. 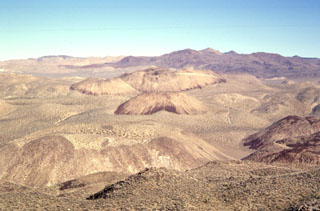