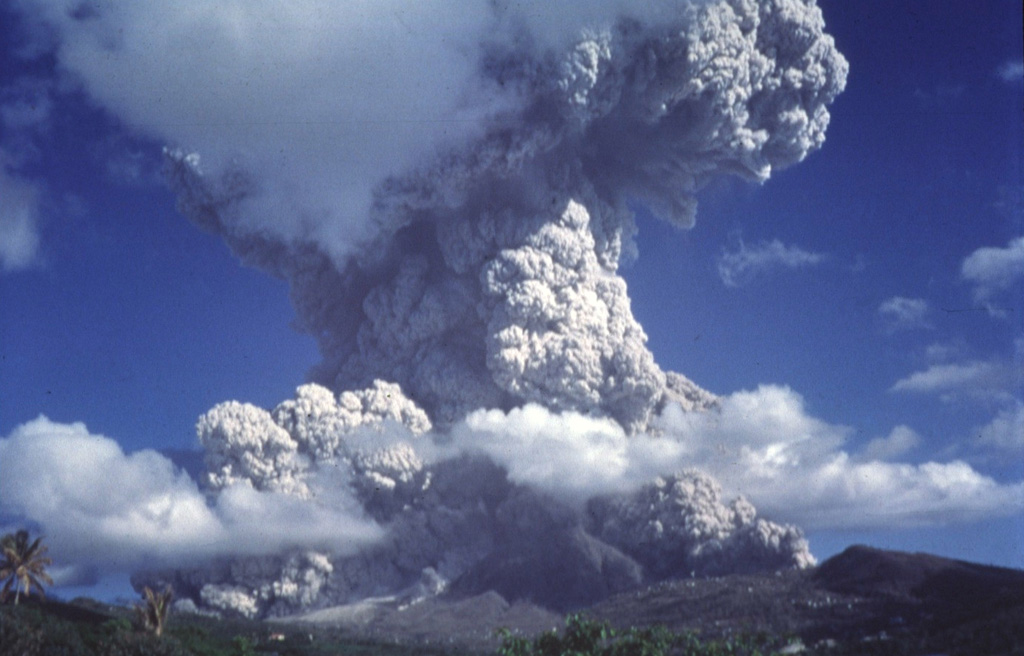 A towering ash cloud rises above the summit of Soufrière Hills volcano on October 20, 1997, as pyroclastic flows sweep down the flanks of the volcano. This photo was taken from the old volcano observatory 7 km NW of the volcano two minutes after the start of the explosion.