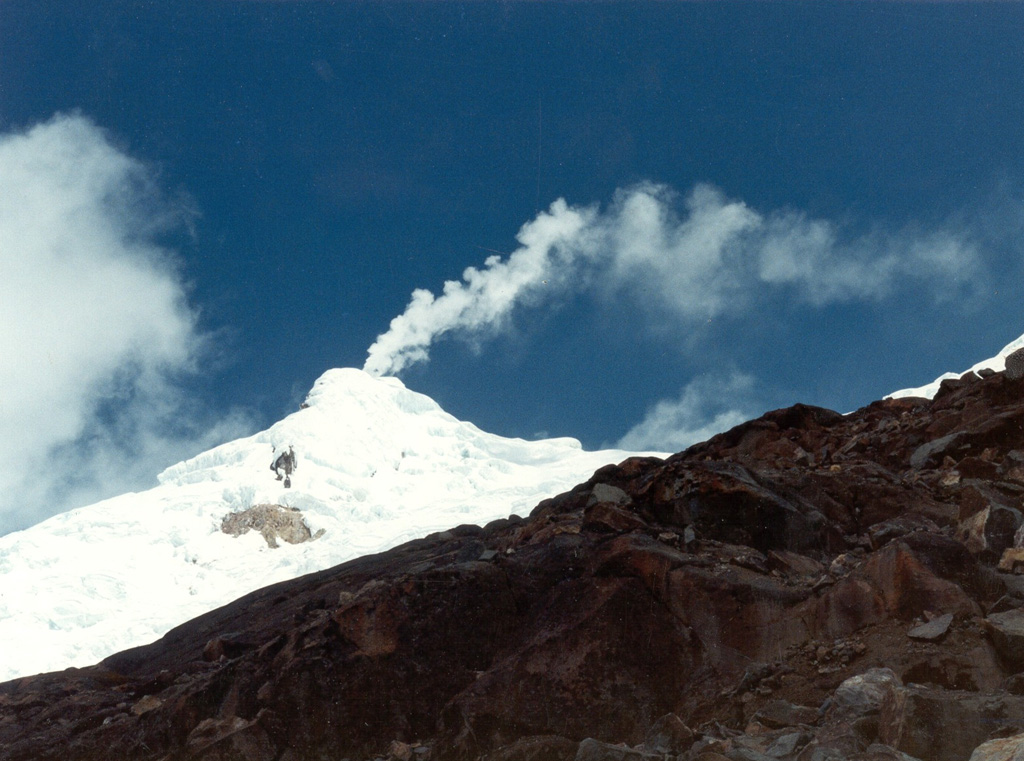 A gas plume rises above the glaciated Nevado del Huila Pico Central, seen here from the east in September 1996. Long-term, persistent, gas plumes occurred prior to the onset of eruptive activity in 2007. Before then, only a single 16th century eruption was known during historical time.