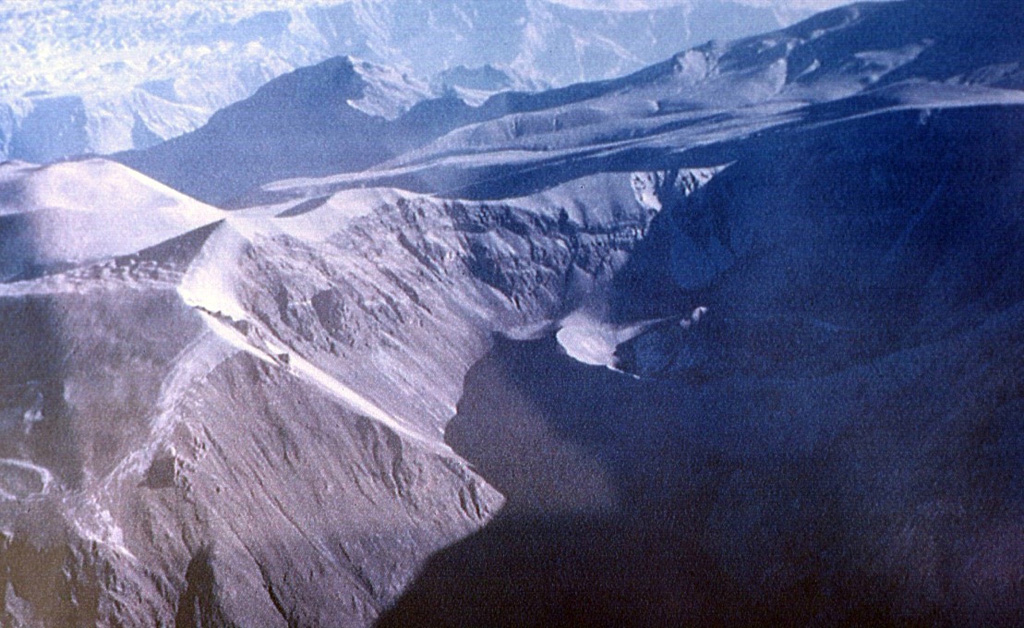 Huaynaputina is a relatively inconspicuous volcano that was the source of one of the largest historical eruptions of the central Andes in 1600 CE. The volcano has no prominent topographic expression. This view is from the east into a 2.5-km-wide complex caldera that is breached widely to the east. Three ash cones, one of which can be seen in the shadow at the right-center, are located on the floor of the caldera. Light-colored ash deposits from the 1600 eruption can be seen mantling the caldera rim. 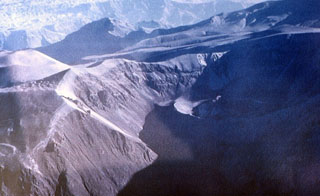