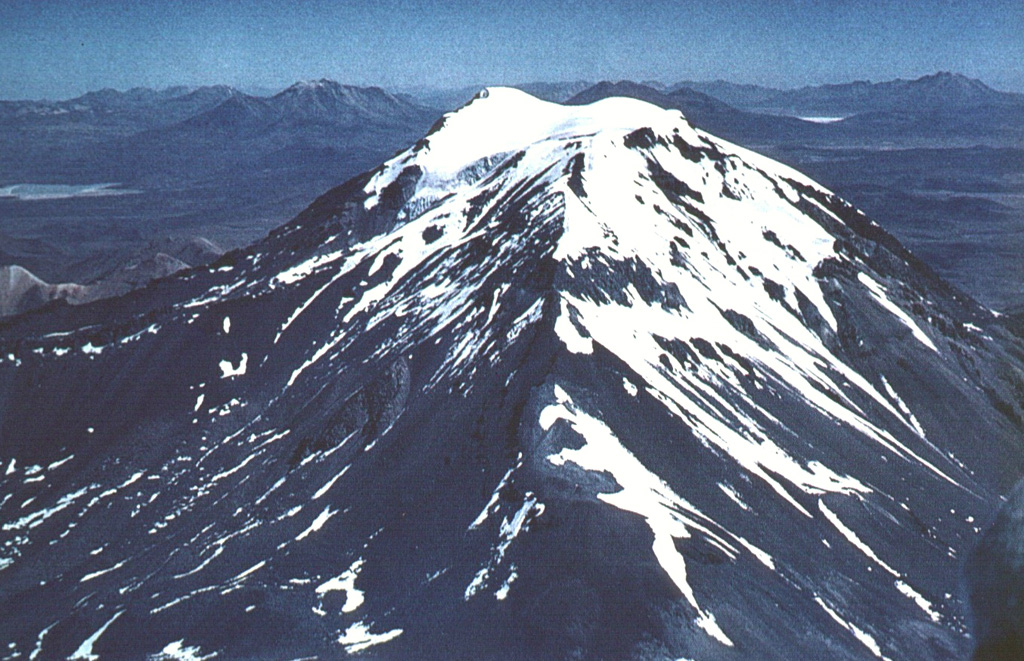 Glacier-capped Cerro Capurata lies at the southern end of the Nevados de Quimsachata volcano group. Quimsachata means "three" in the Andean Aymará language, and Capurata, along with 5730-m-high Humarata at the northern end of the chain and 6052-m-high Acotango in the center, straddles the Chile-Bolivia boundary along a roughly N-S line. The 6052-m-high Acotango stratovolcano is the central and highest of the three stratovolcanoes, each of which may have been active during the Holocene. 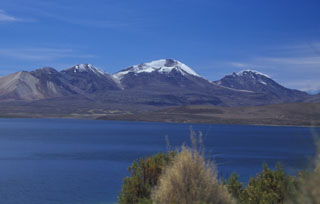