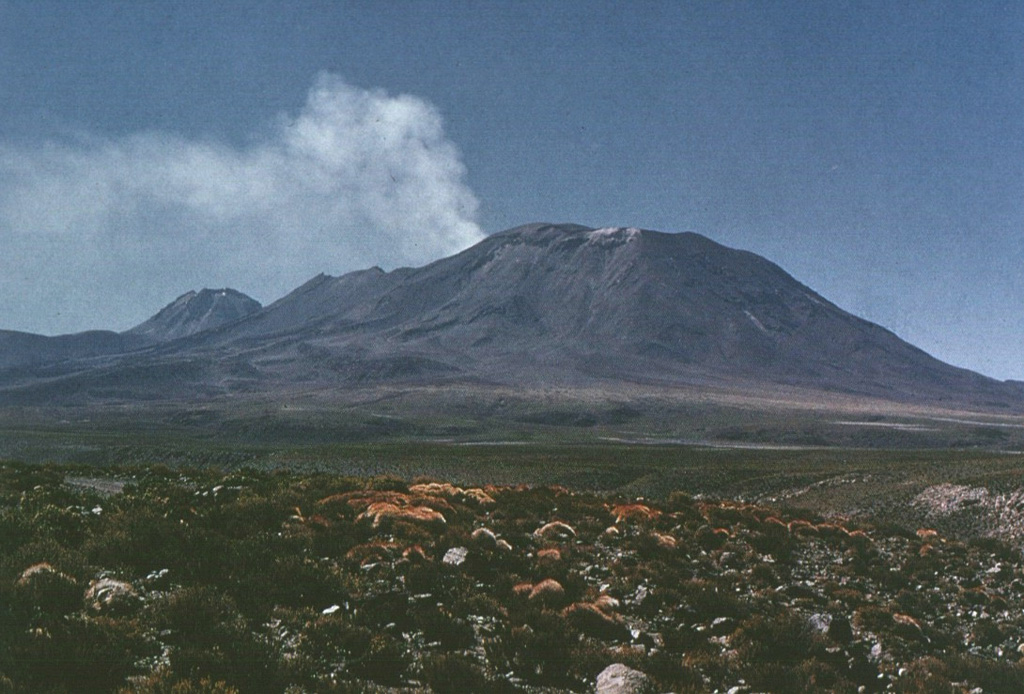 A strong plume of steam and sulfurous gases rises above the crater of Láscar volcano prior to the 1986 eruption. Thermal anomalies detected on Thematic Mapper satellite images between December 1984 and July 1985 may have originated from a lava lake or lava dome in the summit crater, although there were no direct observations prior to the 1986 eruption. Aguas Calientes volcano appears on the left horizon in this view from the NW.