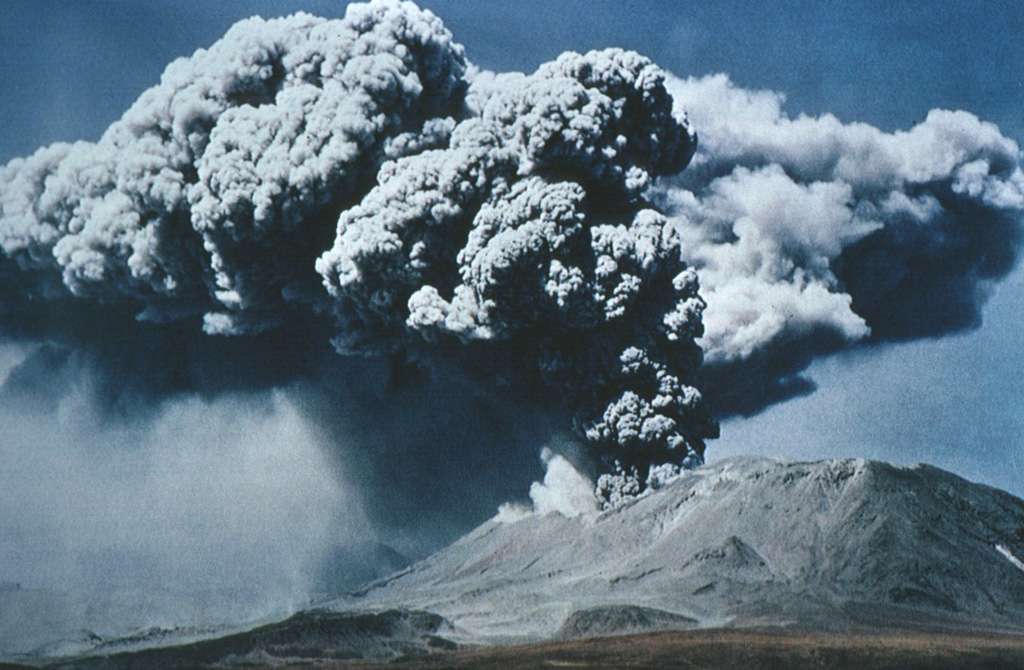 A powerful explosive eruption from Láscar volcano in northern Chile on April 19, 1993 produced an eruption column that rose to a maximum of 17 km altitude (12 km above the vent). The violent explosion of the dome inside the active crater of Láscar generated pyroclastic flows down the NE side that reached the Bofeladas de Tumbre. Plinian explosions on April 18-20 followed phreatomagmatic eruptions that began on January 30. Small explosions continued until May 8, and another eruption occurred on an unknown day in August.