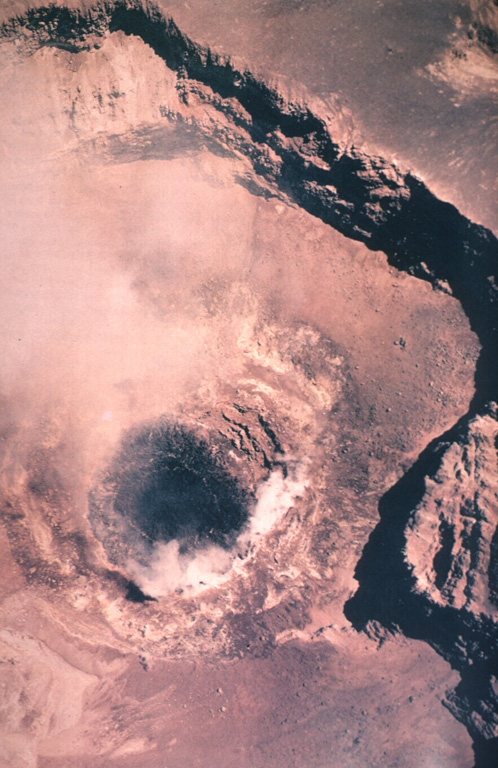 A vertical aerial view into the summit crater of Láscar shows a dark-colored dacitic lava dome that was extruded inside the active crater between February and December 1989. Ash eruptions had begun earlier in late 1987 and had continued in 1988. The active lava dome was observed in February and April 1989, and the dome was observed to be deflated in October 1989. An explosive eruption on February 20, 1990 destroyed 10-30% of the summit crater lava dome and produced an 8-km-high ash cloud.