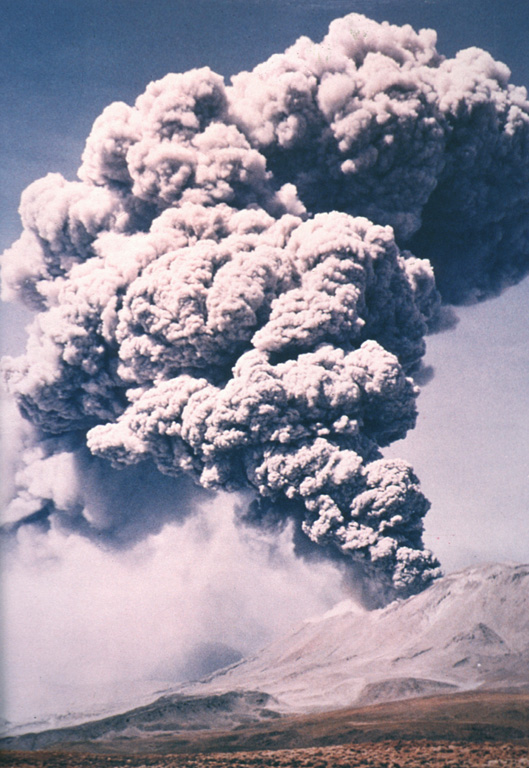 Major explosions April 19-20, 1993 produced eruption plumes that rose to 15 to 25 km altitude (10-15 km above the summit crater). The eruption was accompanied by pyroclastic flows that traveled as far as 8.5 km to the NW, NE, and SE. Ashfall occurred over large areas as far away as Paraguay, Uruguay, Brazil, and Argentina (including Buenos Aires, 1500 km to the SE). The eruption was the largest in historical time at Láscar, ejecting more than 0.1 cu km of tephra.