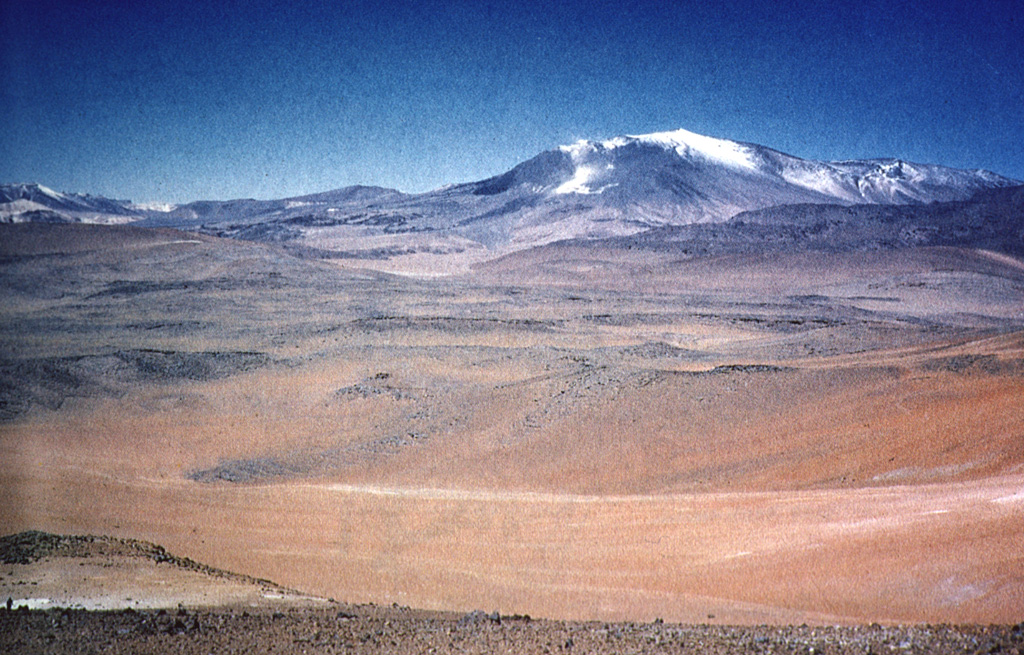 The elongated NNW-trending edifice of 5697-m-high Lastarria volcano rises above pyroclastic-flow deposits that form an extensive apron below the northern flanks of the volcano. Five nested craters are found along a semi-arcuate line on the summit ridge. The youngest feature is a lava dome that overlaps the northern crater rim. Persistent fumarolic activity occurs at the summit and NW flank, and small sulfur flows 350 m long have been produced by melting of extensive sulfur deposits in the summit region. 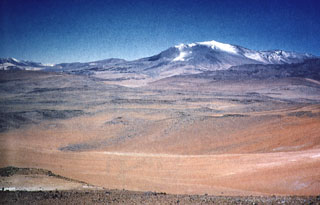