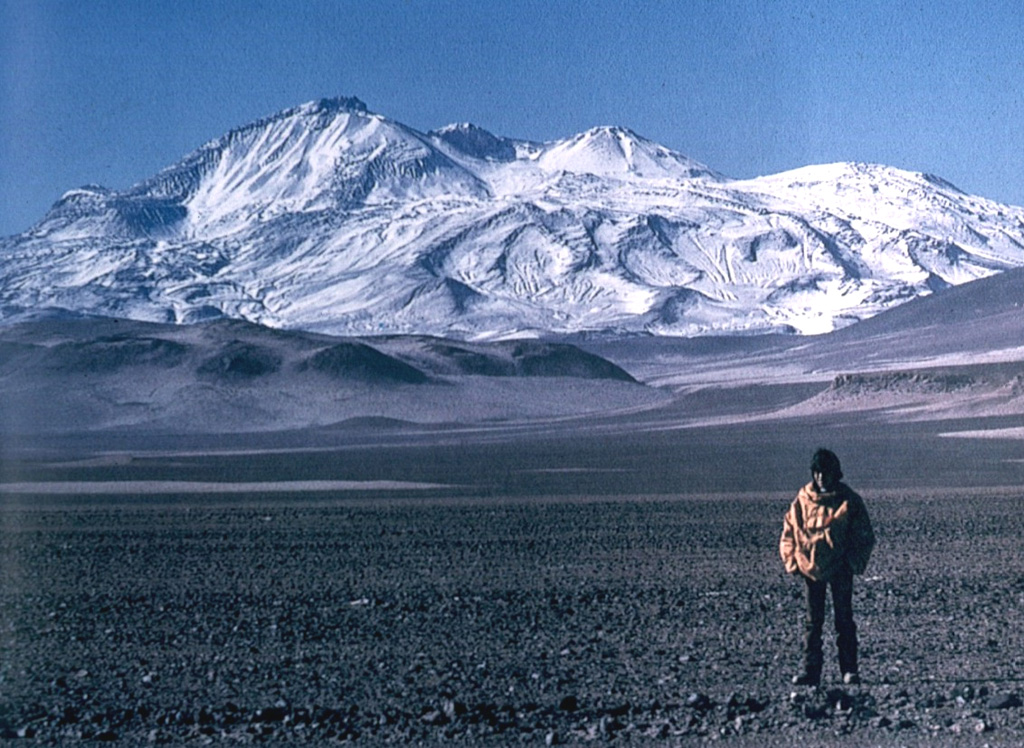 The world's highest Holocene volcano, Nevados Ojos del Salado, rises to 6887 m along the border between Chile and Argentina. The summit complex, which is elongated in a NE-SW direction, is seen here from the NW. The massive volcanic complex contains numerous craters, cones, and andesitic and dacitic lava domes. No historical eruptions have been recorded, but the volcano is fumarolically active. 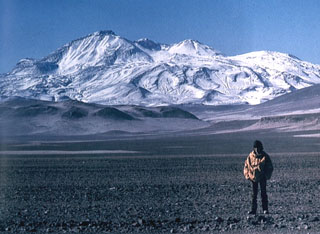