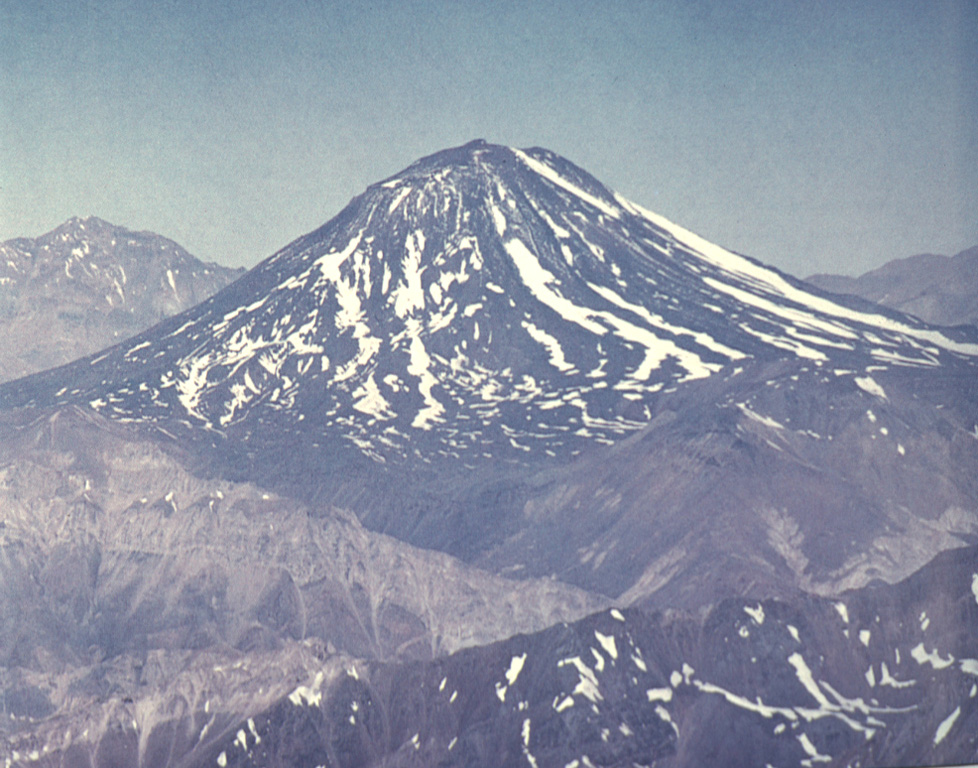 Maipo volcano, seen here from the west, partially fills the Pleistocene Diamante caldera. The floor of the large 15 x 20 km caldera, which formed about 0.45 million years ago during an eruption that produced a 450 cu km ignimbrite, is visible below Maipo. The 5264-m-high basaltic-andesite stratovolcano has a relatively simple structure, but has a flank rhyodacitic lava-dome complex and pyroclastic cones on its eastern flank. Lava flows from these cones extend into Laguna Diamante on the eastern side of the caldera. 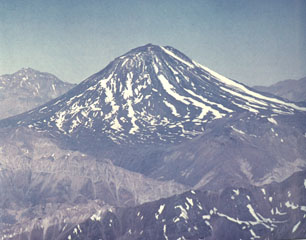