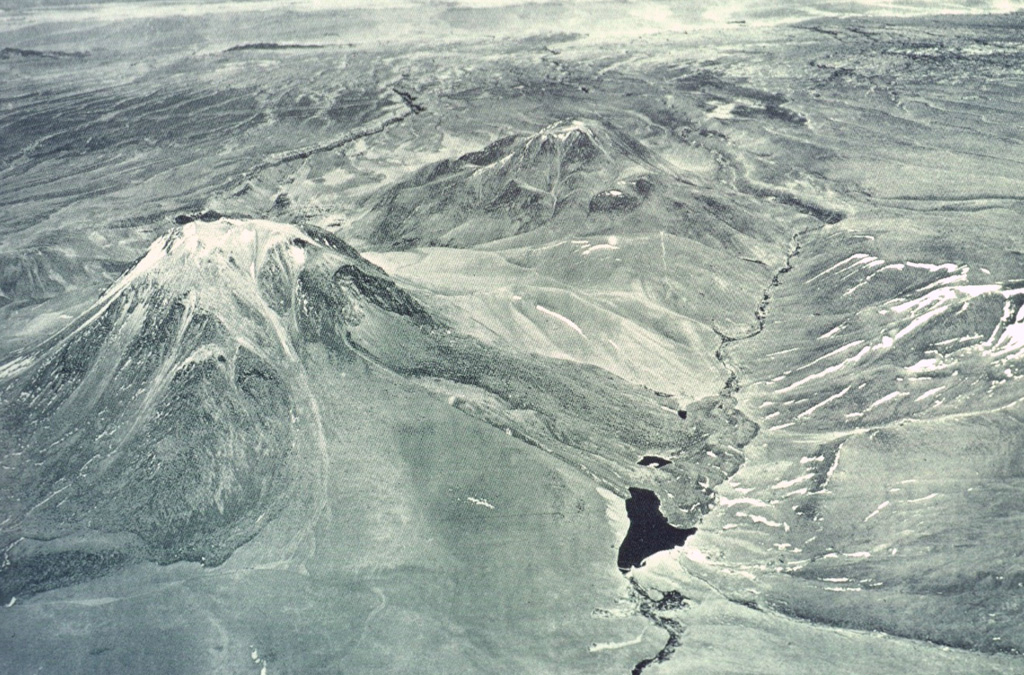 Laguna Verde (left-center), a 5464-m-high stratovolcano located west of Colachi volcano, is seen here in an aerial view from the NE. The andesitic stratovolcano is one of cluster of volcanoes north and east of Lascar volcano. Collapse of part of the northern upper flank produced a debris avalanche that dammed the Quebrada Portor, forming the small lake in the foreground. 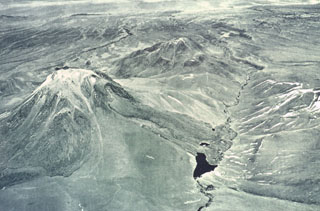