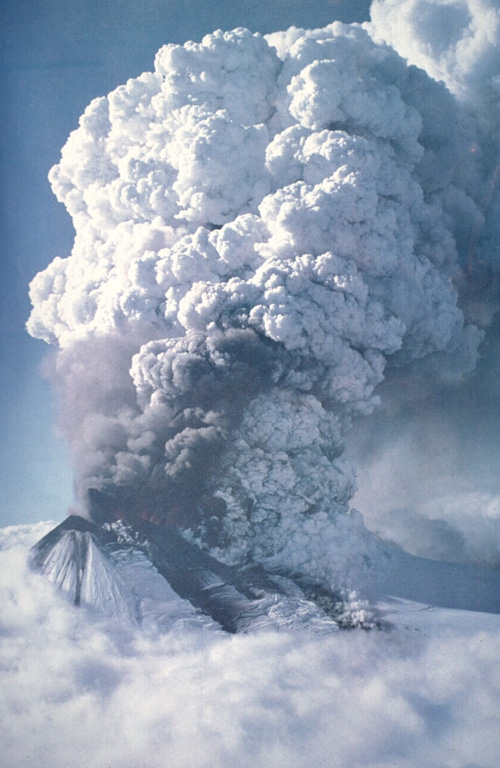 An eruption plume towers above Llaima volcano on May 17, 1994 in this aerial view from the west. Lava fountains are visible along a 550-m-long fissure on the upper SSW flank that fed a subglacial lava flow. Explosive plumes May 17-19 produced ashfall primarily to the ESE. Lahars and flooding associated with the eruption cut roads and destroyed five bridges along the Calbuco River. A dark-gray plume was observed on June 14 or 15, and a new eruptive episode August 25-30 produced ashfall primarily to the SE and north.