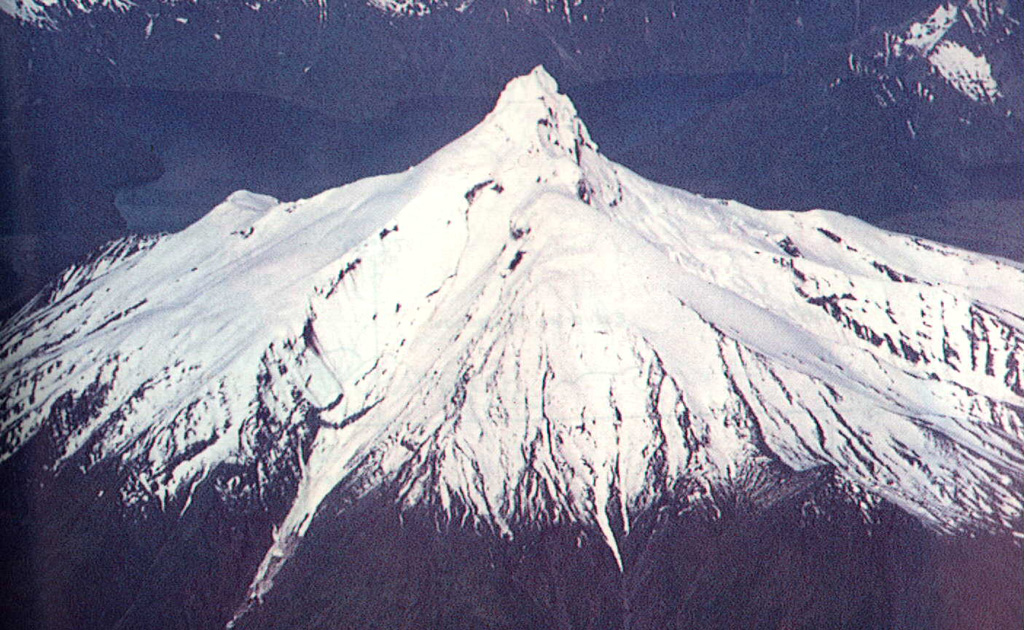 The dramatic summit spire of Volcán Corcovado is seen here in an aerial view from the south. Two of a string of lakes on its eastern side appear in the background. Corcovado, probably of late-Pleistocene age, is eroded by glaciers and surrounded by Holocene cinder cones. Eruptions were reported in historical time from these flank cones. Darwin observed activity from the Corcovado area in 1834, and an eruption was reported to have occurred in November 1835. 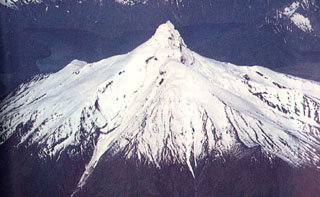