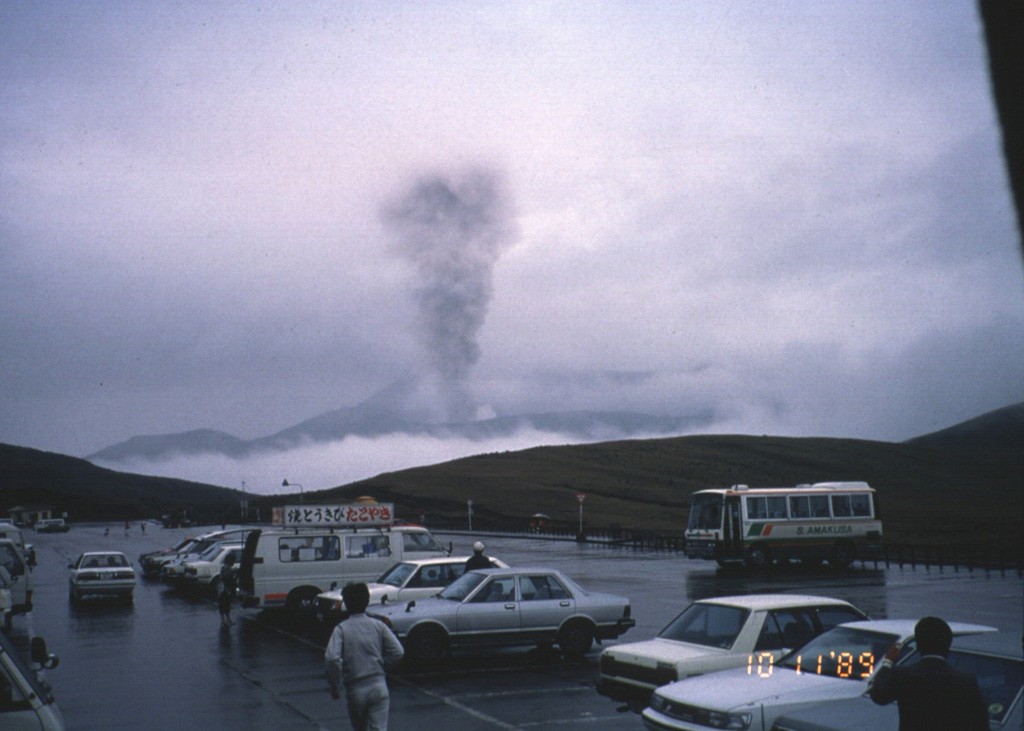 An ash plume rising above the crater of Aso on 11 October 1989 is observed by tourists from a nearby parking lot. Small ash plumes 30-50 m high occurred on 5 and 27 April 1989; additional plumes were frequent through May and June. Intermittent vigorous eruptions began on 16 July. Ash plumes reached 3,000 m on 7 and 27 September and heavy ashfall in October damaged crops. Intermittent eruptive activity continued until 9 February 1991.