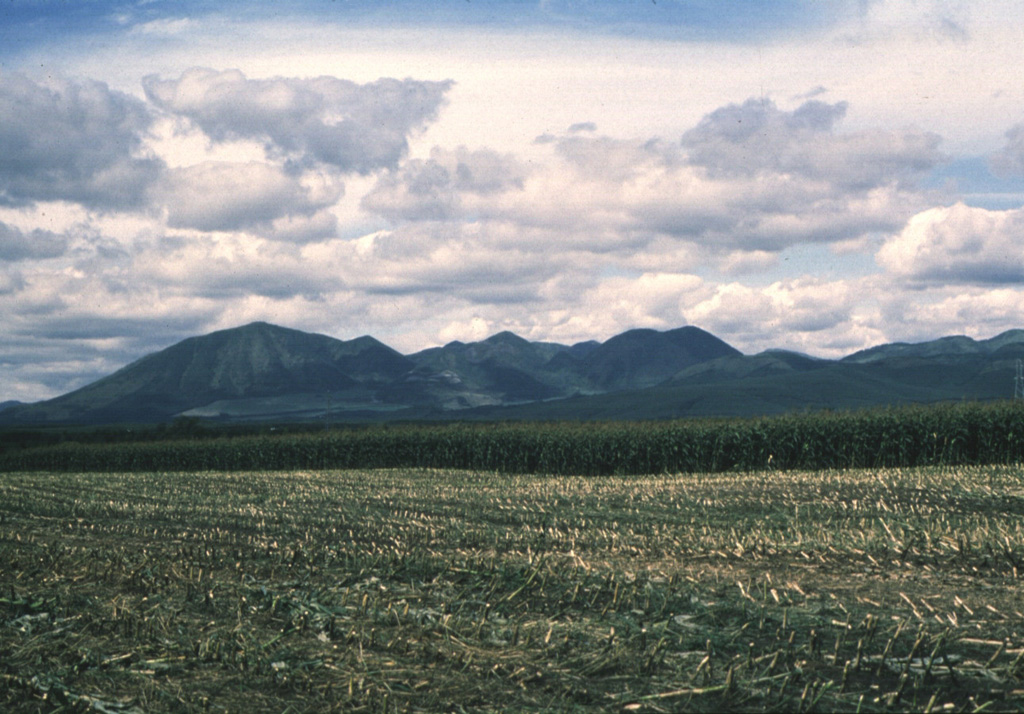 Shikaribetsu, seen here from the SE, consists of a group of lava domes W and S of Lake Shikaribetsu. The youngest domes were constructed along an ENE-WSW trend S of the lake. The largest dome, Higashi-Nupukaushi (left), was built at the SW end of a horseshoe-shaped crater, of which the NE rim forms the small peak right of the summit. Two or more large debris avalanche deposits extend to the S. 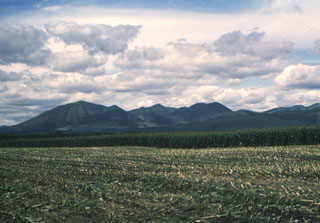