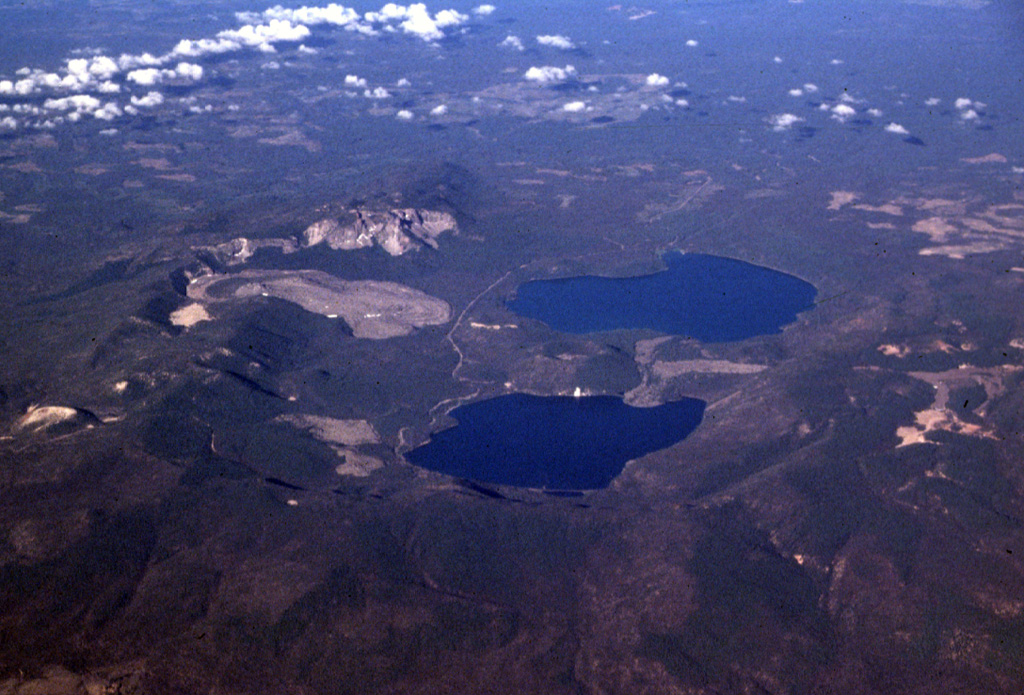 Newberry caldera is one of the largest volcanoes in the conterminous United States, covering an area of about 3,200 km2. Two lakes, Paulina Lake (top) and East Lake (bottom) partially fill the 6.5 x 8 km wide caldera, which formed following the eruption of major pyroclastic flows during the Pleistocene. Subsequent eruptions have taken place from vents within the caldera, near its rim, and from fissures on its flanks. The light-colored lobate lava flow south (left) of Paulina Lake is one of several obsidian flows erupted during the Holocene.