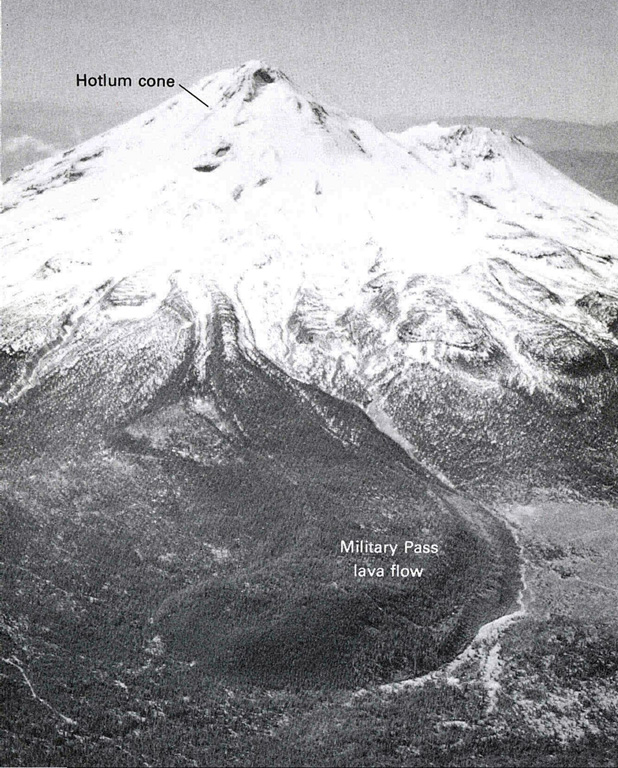 An aerial view shows the Military Pass lava flow on NE side of Mount Shasta, the longest lava flow known from the volcano, erupted about 9200 years ago. The blocky lava flow originated near the summit of the Hotlum cone and flowed 3-3.5 km down the steep flanks of the cone before reaching gentler slopes on the volcano's flanks. The flow is about 9 km long and about 150 m thick near its snout. The flow overlies the Red Banks pumice and a broad fan of pyroclastic-flow deposits that were formed shortly before about 9700 years ago.