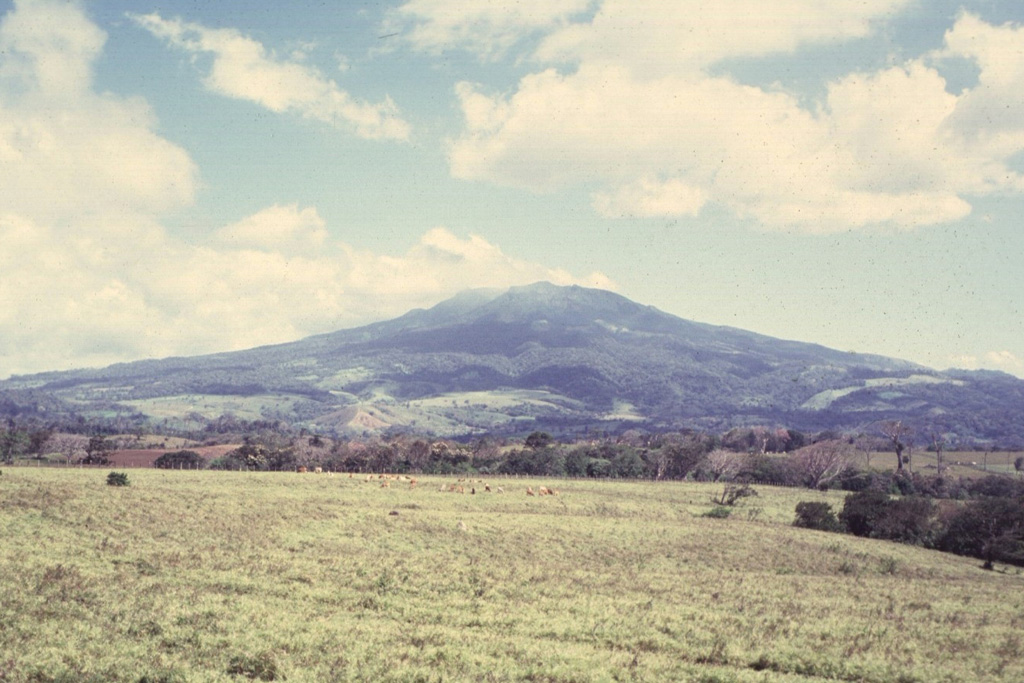 The elongated profile of the Rincón de la Vieja massif is less prominent in this view from the west across the coastal plain. The volcanic massif is the largest in NW Costa Rica. It has an estimated volume of 130 cu km and is sometimes referred to as the "Colossus of Guanacaste." A rhyolitic ignimbrite, the Liberia Tuff, originated from Rincón de la Vieja during the early Pleistocene. It covered an area of 3500-4000 sq km, blanketing wide areas of the Pacific coastal plain south and west of the volcano.