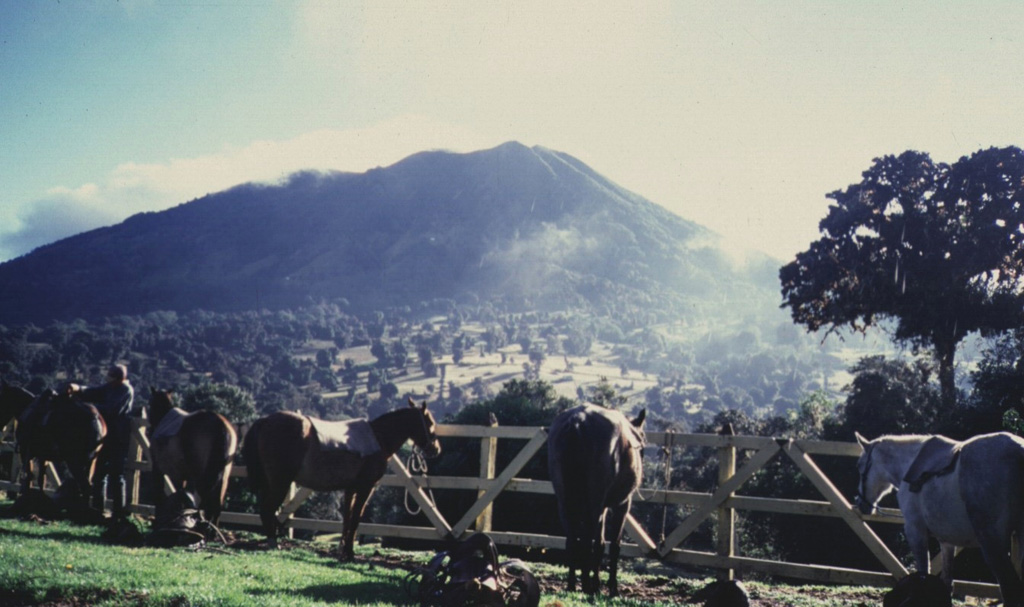 Massive Turrialba volcano, seen here from the west, lies 24 km NW of the city of the same name. The stratovolcano covers an area of about 500 sq km. The flanks of the volcano display youthful-looking lava flows, and historical eruptions have taken place from summit craters. Guayabo National Monument, an important archaeological park, lies at the southern base of the volcano and marks the site of human occupation that dates back to 500 BCE.