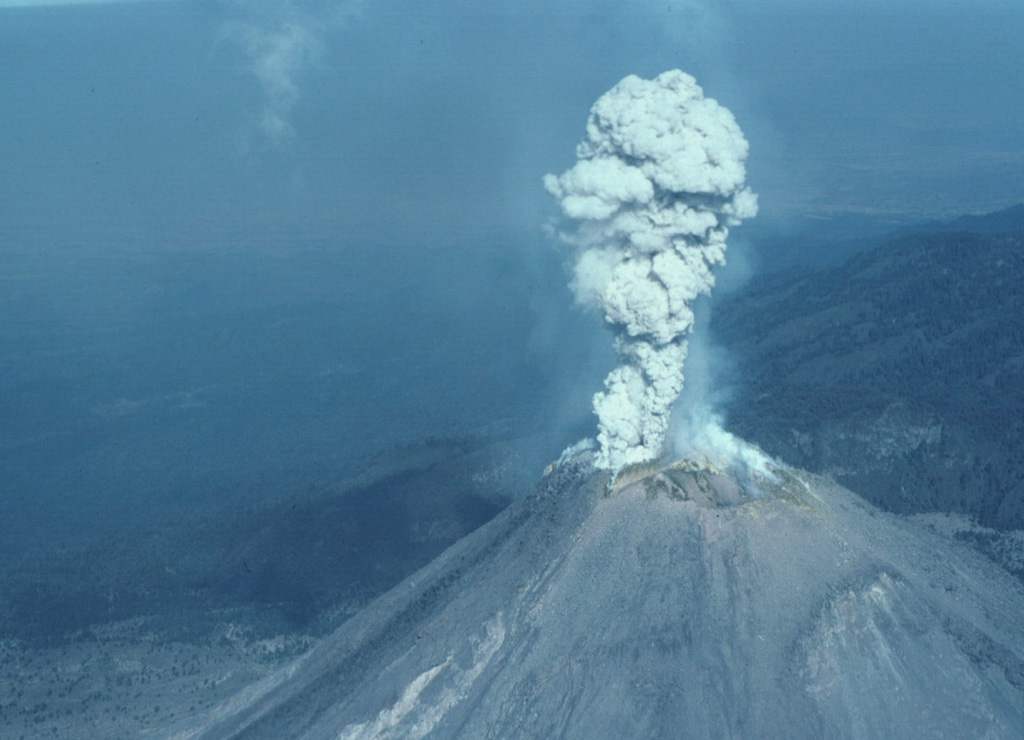 A small explosion 8 February 1999 produced a plume of gas and minor ash that is seen here from the SE about 5 seconds after the explosion began. Rapid lava extrusion began on 20 November 1998 and produced a lava dome in the 1994 crater that soon flowed over the crater rim, producing lava flows that descended the SW flank in several lobes. Block-and-ash flows from collapse of the flow fronts traveled down SW flank drainages. Periodic larger explosions occurred later during this eruption.