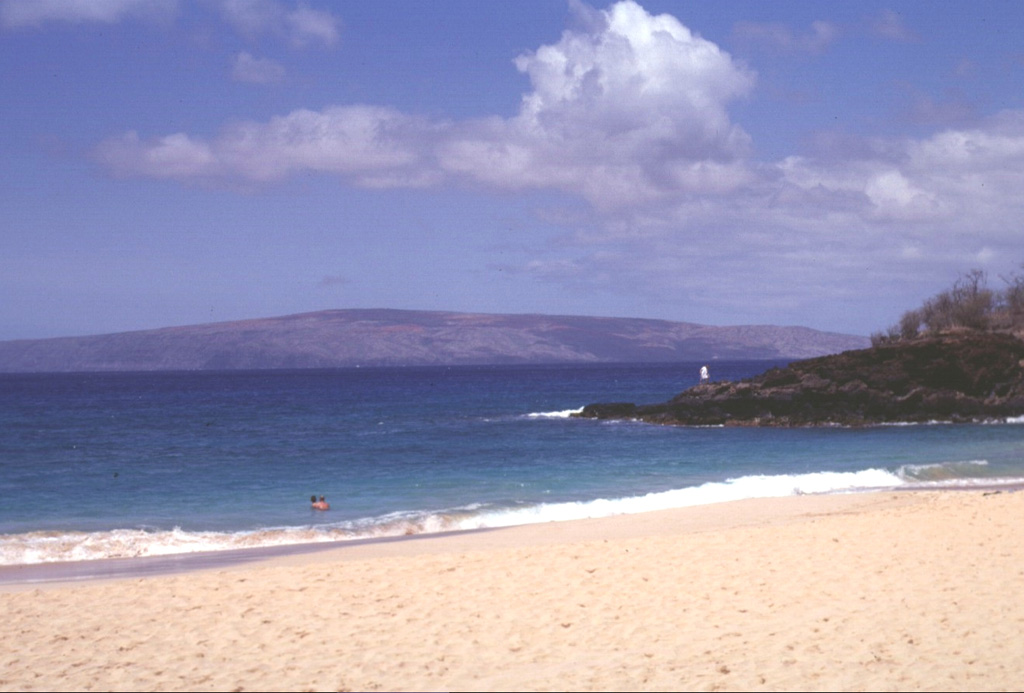 The uninhabited island of Kahoolawe is seen here rising to the SW across a narrow channel from Oneloa beach on the island of Maui. Kahoolawe consists of a broad, low shield volcano formed by Pleistocene eruptions along a rift zone that extends SW from a buried, 5-km-wide caldera at the eastern side of the island. The eastern rim of the caldera lies beneath the waters of Kanapou Bay, which forms the indistinct embayment at the left side of the photo. 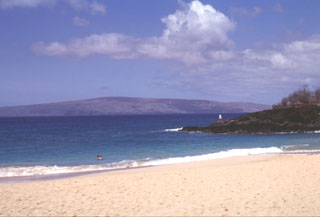