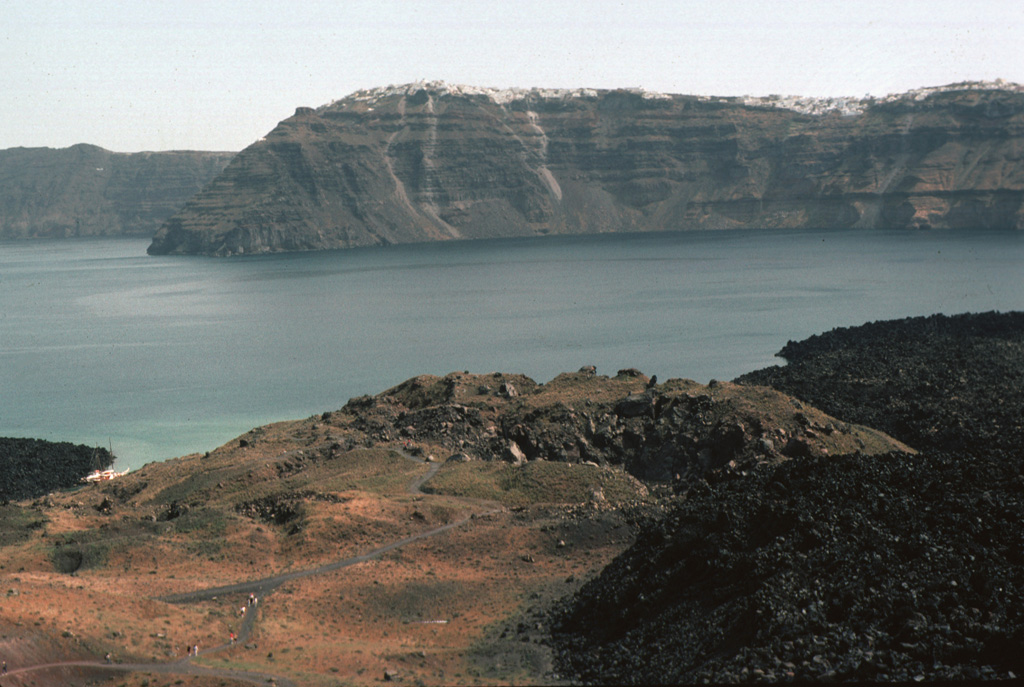 The crater in the foreground was formed during an eruption from 1570-1573 CE. Initially submarine eruptions were followed by the formation of the new island of Mikri Kameni (Little Burnt Island) NE of Palaea Kameni Island. The 1570-73 eruption created a small island with a diameter of about 400 m and a height of 70 m, topped by a 20-m-deep crater. The western wall of Santorini's caldera appears in the background, capped by the houses of the village of Merovígli.