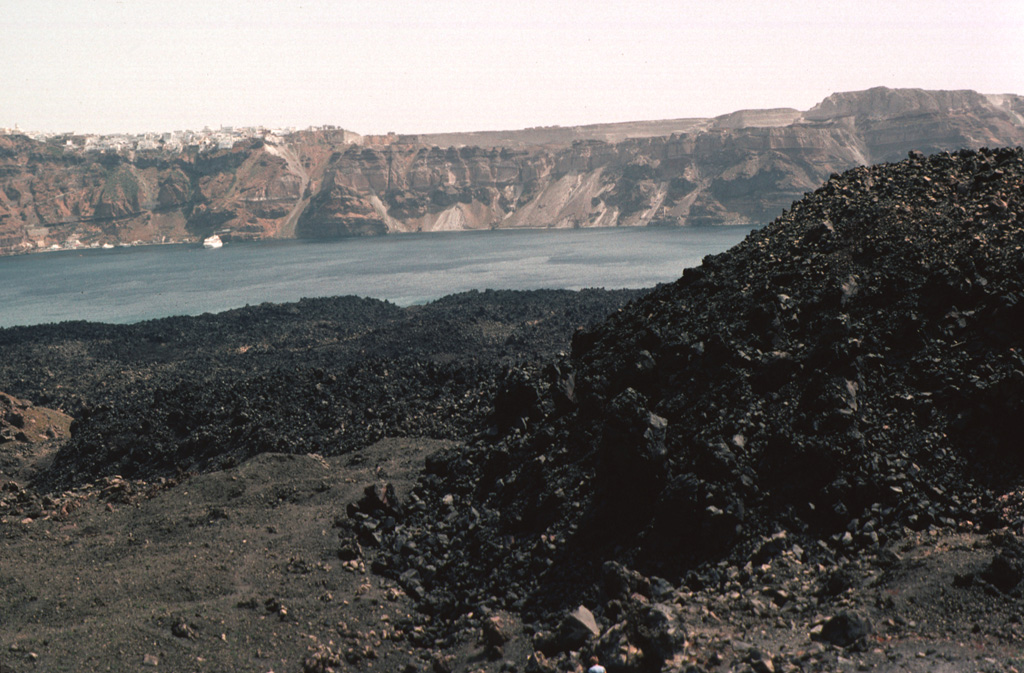 The black lava flows that descend into Santorini's caldera bay are the Dafni lavas, erupted during 1925-26. During this eruption, which began in August 1925 and lasted until January 1926, Nea Kameni became a single island as the Dafni lavas united Mikra Kameni, Nea Kameni, and the Georgios domes. Eruptions resumed in May 1926, producing small pyroclastic flows. The steep-sided eastern caldera wall rises in the distance, capped by the town of Fira and the smooth-textured pyroclastic-flow deposits of the Minoan eruption.