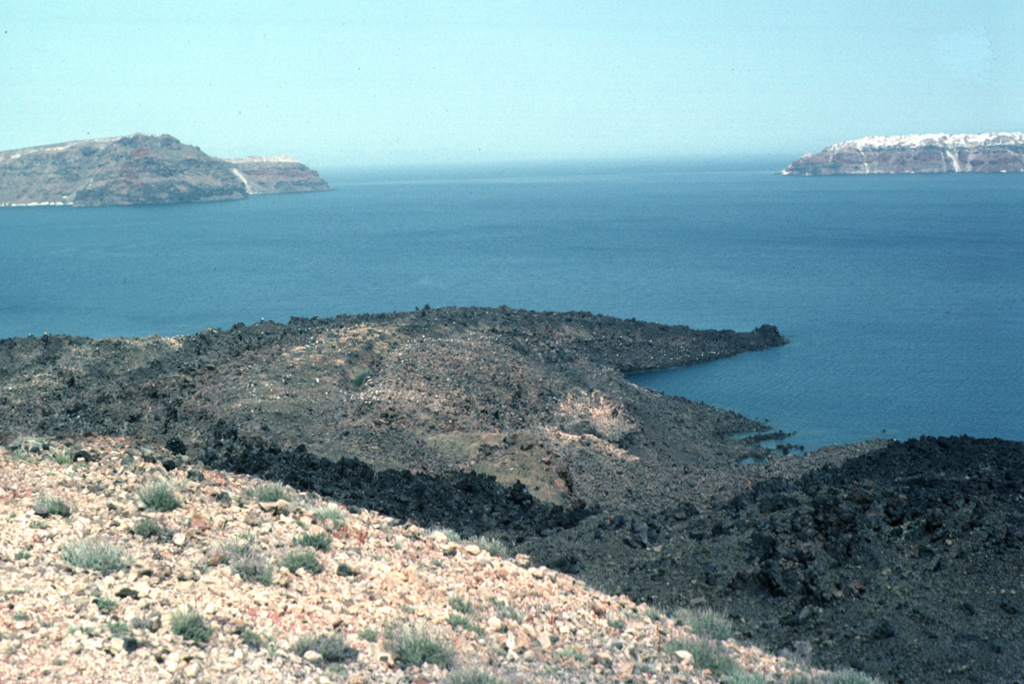 The lava flow forming the peninsula (center) dates back to an eruption during 1707-1711. Nea Kameni Island was formed between Palaea and Mikri Kameni islands during alternating explosive and effusive activity that began with uplift of a small islet called Aspronisi (White Island). The islands of Thirasia (left) and Thira (right) along the caldera rim can be seen in the distance to the NW.