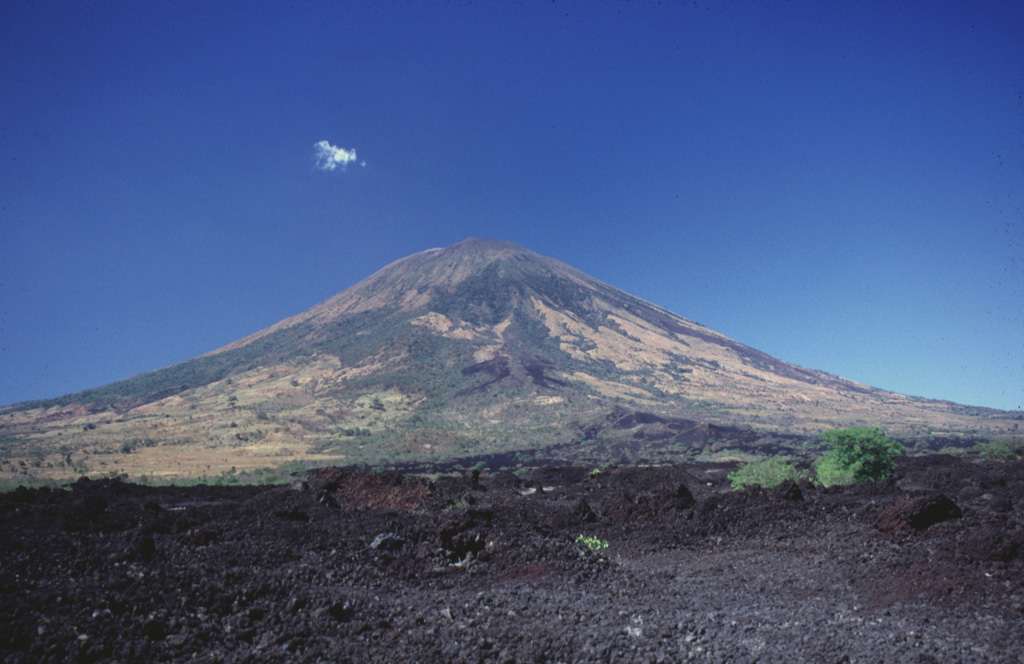 Symmetrical San Miguel volcano towers 2000 m above a barren basaltic lava flow erupted from a SE-flank vent in 1819. The conical volcano is not the highest volcano in El Salvador, but is one of the most prominent, since it rises from near sea level on the Pacific coastal plain. San Miguel (also known as Chaparrastique) is one of the most active volcanoes of El Salvador, with more than two dozen eruptions recorded since the beginning of the Spanish era.