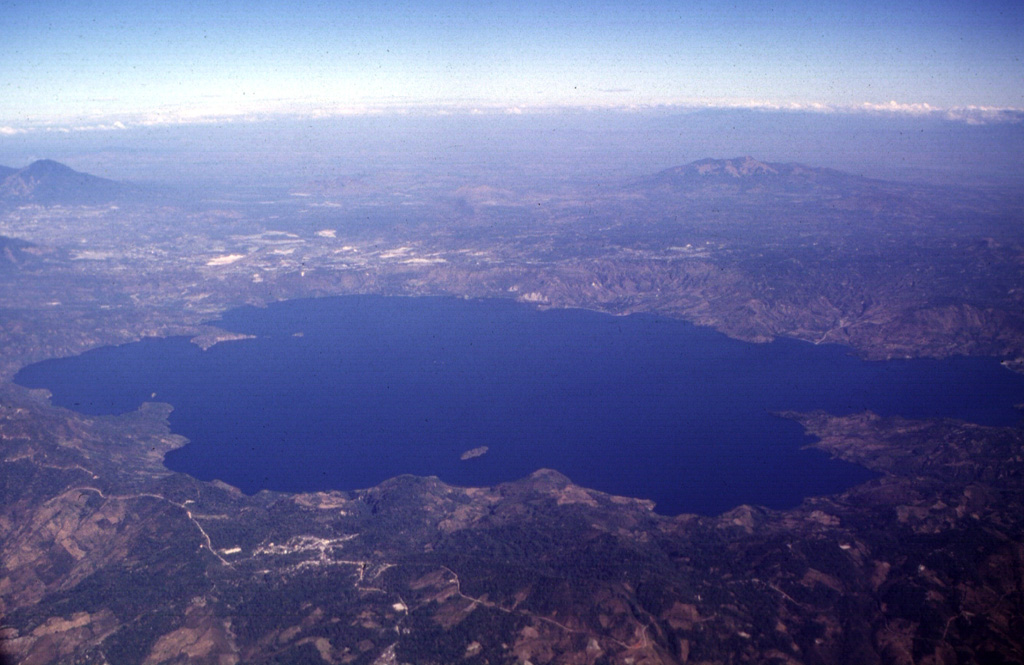 One of the most impressive features of El Salvador is the scenic 8 x 11 km Ilopango caldera, filled by one of El Salvador's largest lakes. The caldera, which has a scalloped 150-500 m high rim, lies immediately east of the capital city of San Salvador, seen at the upper left. The latest collapse of Ilopango caldera resulted from the massive 5th-century CE eruption, which produced widespread pyroclastic flows and devastated early Mayan cities. Post-caldera eruptions formed a series of glassy dacitic lava domes within the lake and near its shore.