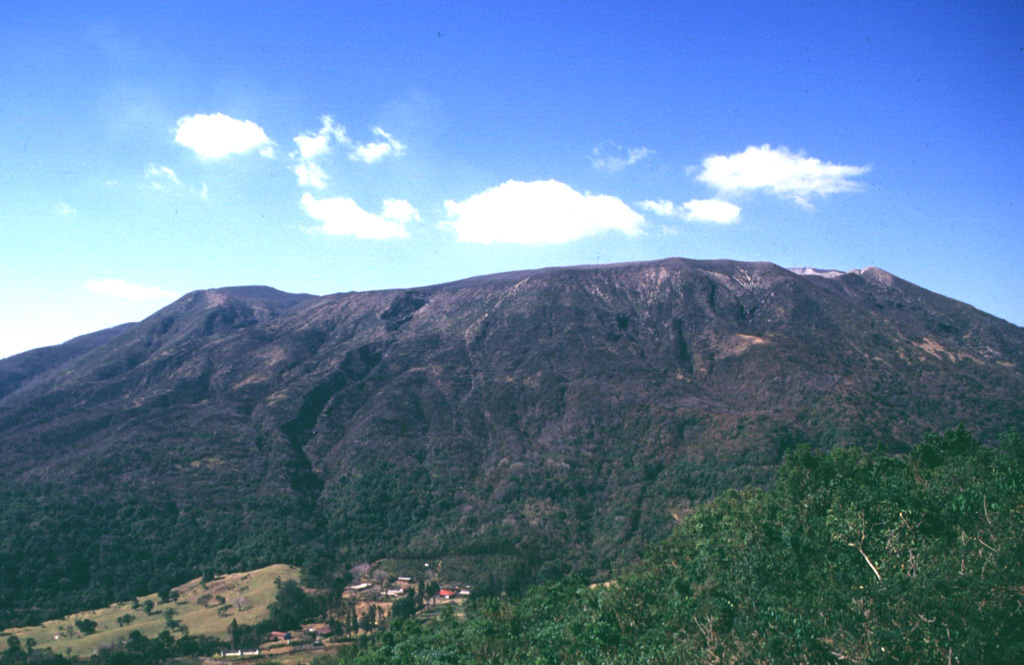 The broad summit of Santa Ana is seen here from Cerro Verde, a cone on its SSE flank. The summit has a series of four nested craters, the largest of which is 1.5 km wide. Houses of Hacienda San Blas are visible at the bottom of the photo. Much of the flanks are covered with coffee crops that are an important part of the local economy.