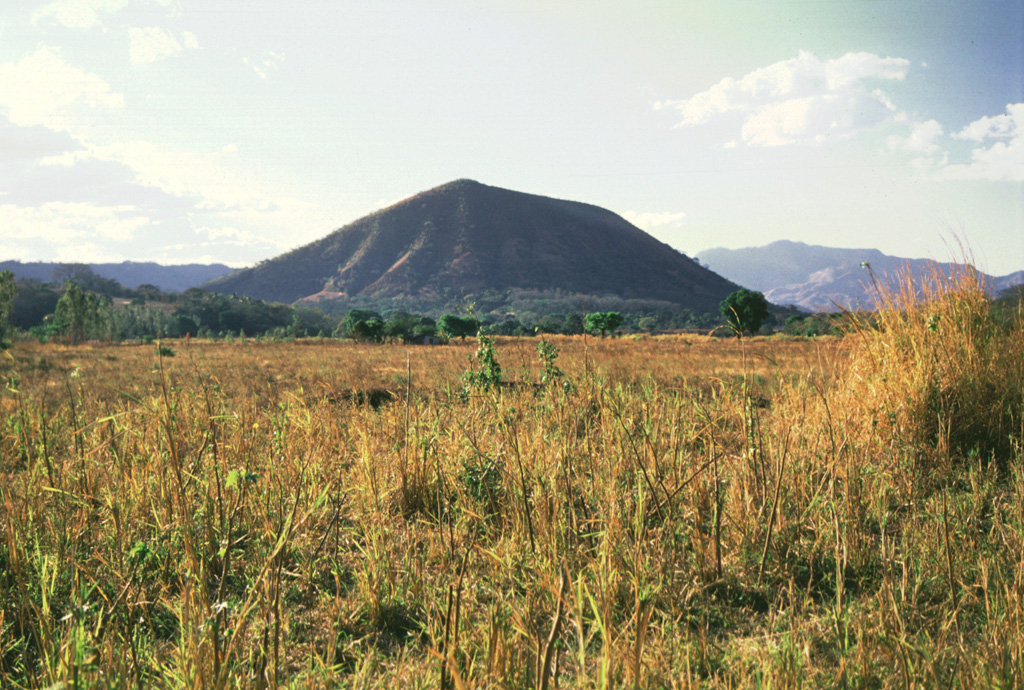 Cerro Singüil is a large scoria cone with a summit crater that lies at the eastern end of a large volcanic field in the interior valley of El Salvador near the Guatemalan border, SE of Volcán Chingo. Cerro Singüil is seen here from the SE along the Pan-American Highway, around the eastern flank of the cone. 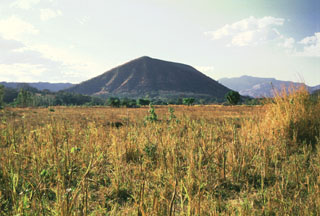