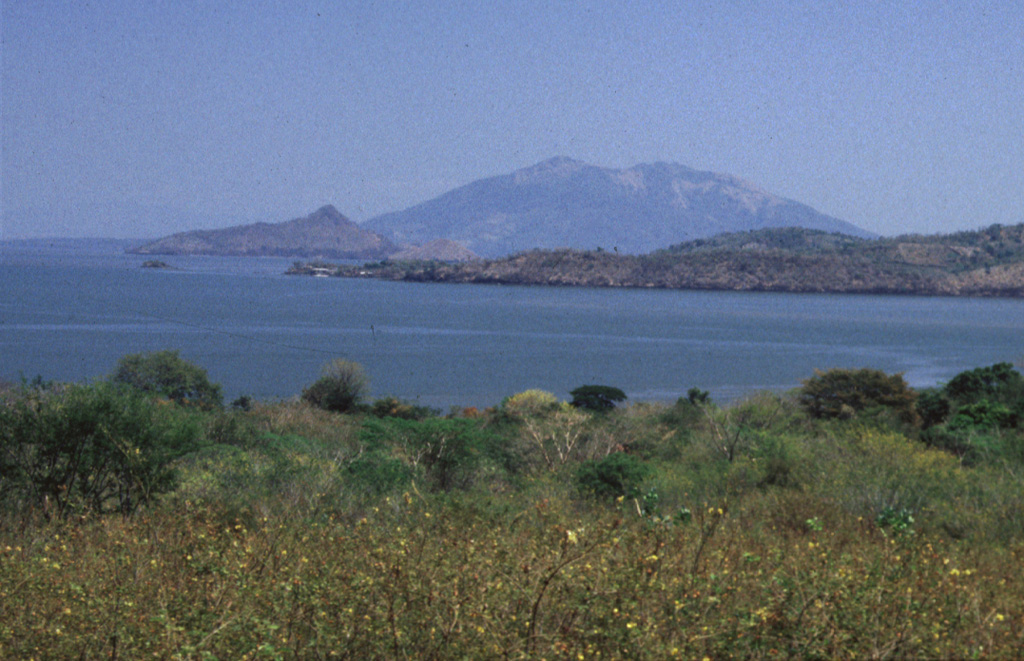 Zacate Grande volcano, seen here from Punta el Chiquirín at the eastern tip of El Salvador, forms a low 7 x 10 km wide island across a narrow strait from the end of a peninsula extending into the Gulf of Fonseca. At least seven satellitic cones are located near the base of the 640-m-high dissected basaltic stratovolcano. Some of these, including the symmetrical cone of Isla Gueguensi, are of probable Holocene age. The northern tip of the Salvadoran island of Zacatillo forms the ridge in the center of the photo. 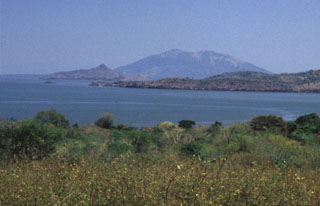