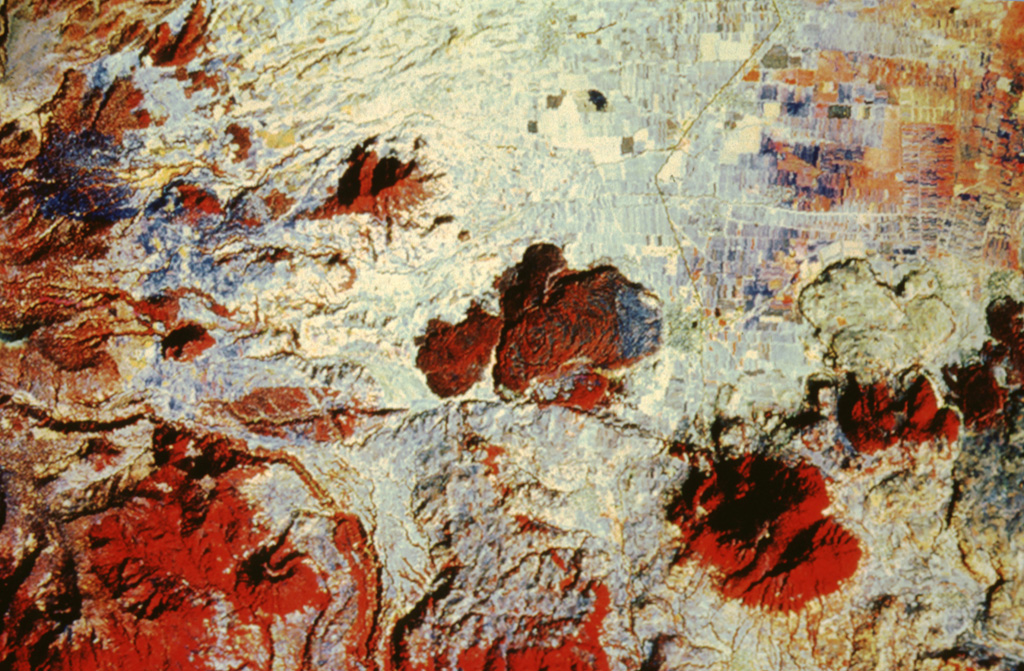 The irregular reddish area in the center of this false-color LANDSAT image is the Tenango lava flow. It was erupted about 8500 years ago from an E-W-trending fracture that also passes through Nevado de Toluca volcano, whose flanks appear at the left. The basaltic-andesite Tenango flow forms a prominent isolated mesa on which the fortified city of Teotenango with its many pyramids and courts was built by the Matlatzinca people about 1000 BCE. The Tenango flow lies at the far western end of the Chichinautzin volcanic field of central México.