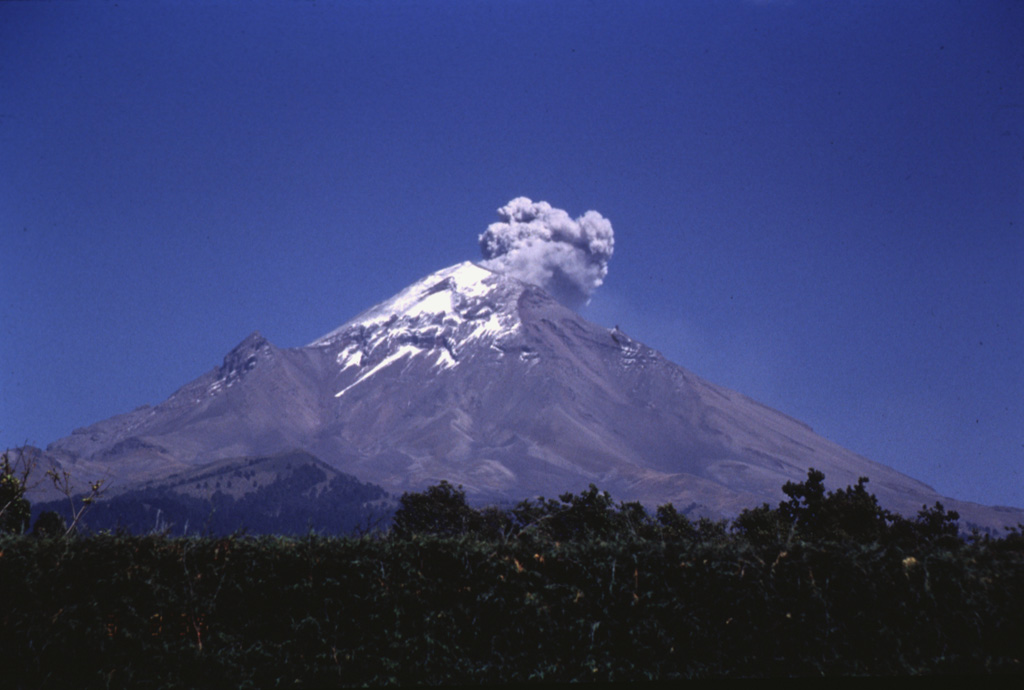 An ash plume rising above Popocatépetl is seen here from the western flank on 8 March 1995. The plume rose about 500 m above the crater and was dispersed by the wind toward the south. A phreatic eruption on 21 December 1994 resulted in light ashfall on the city of Puebla, 45 km east. Intermittent ash eruptions, such as the one pictured here, continued until May 1995 and then resumed in March 1996.