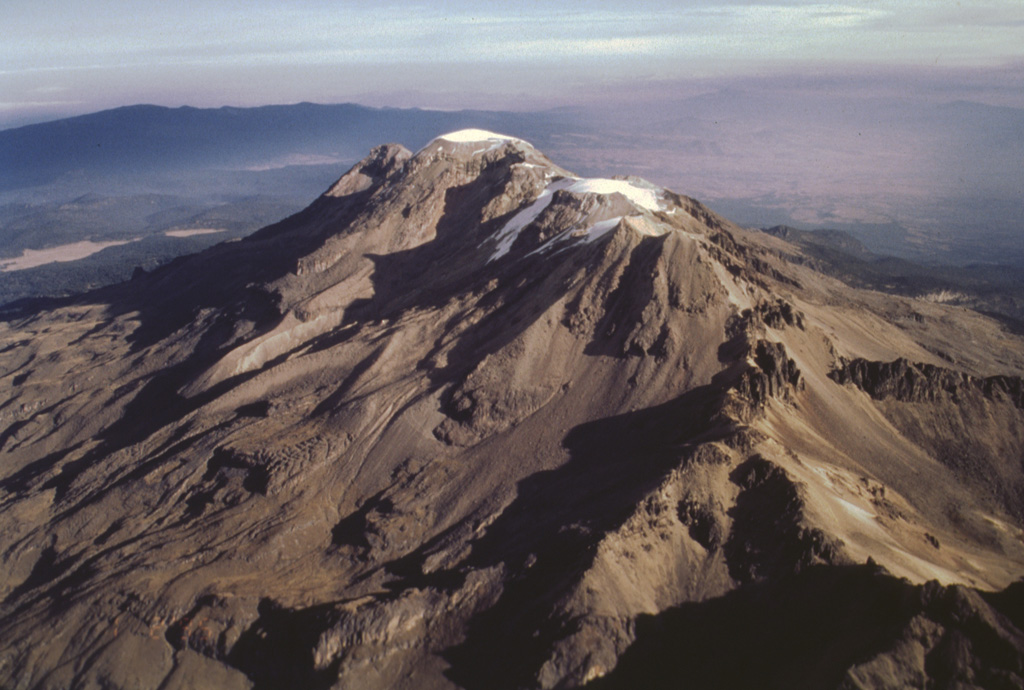 Iztaccíhuatl is a massive 450 km3 stratovolcano SE of Mexico City, seen here from the SW. The summit is composed of several overlapping edifices, including the northernmost peak, La Cabeza (left), the snow-capped high point El Pecho, and Las Rodillas (below the lower Ayoloco glacier near the center). Most activity ceased during the Pleistocene, and the volcano has been extensively glaciated, as seen by the sharp-crested glacial moraines below the Ayoloco glacier.