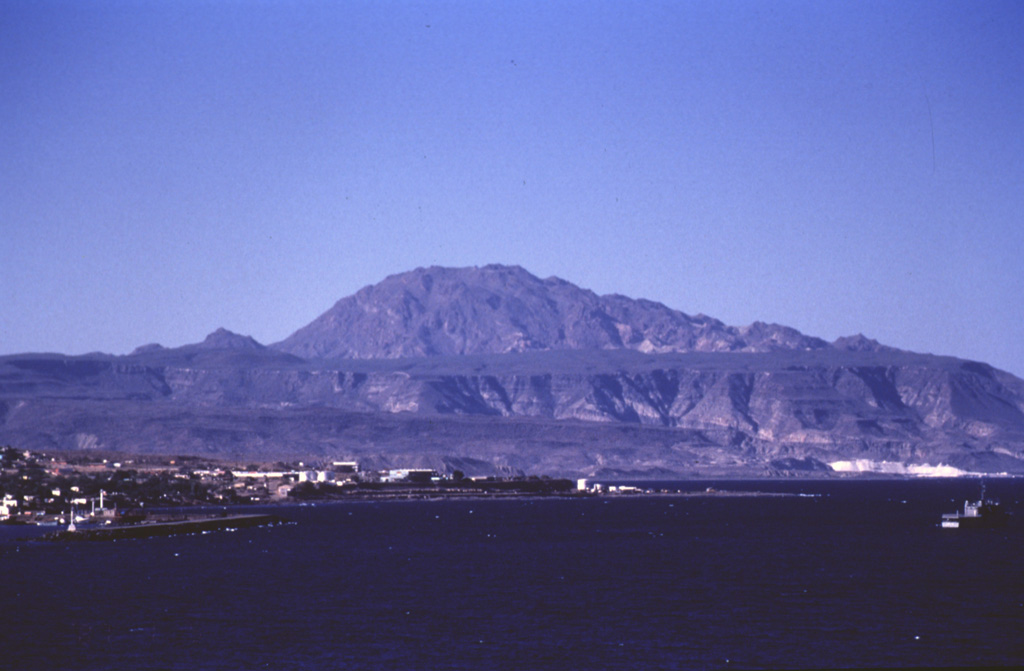 The early Pleistocene La Reforma caldera lies NW of the town of Santa Rosita (left) on the Gulf of California. The roughly 10-km-wide caldera contains a central dome (center horizon) made of resurgent basement rocks. Ignimbrite outflow sheets form flat surfaces and scarps. The age of the caldera was determined by the K-Ar method to be between 1.6 and 1.4 Ma. The eruption of andesitic and dacitic ring-fracture lava domes followed. Andesitic lava flows were erupted on the flanks of the caldera both before and after caldera formation. 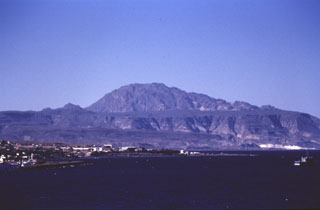