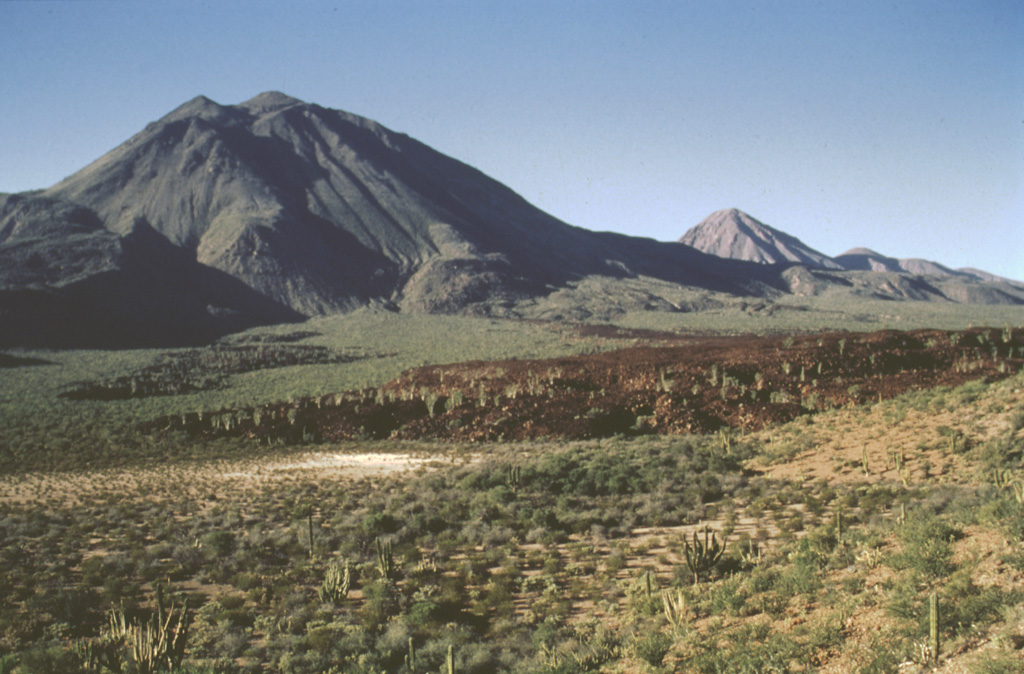 The Tres Vírgenes volcanic complex consists of three stratovolcanoes constructed along a NE-SW line, seen here from the SE. La Vírgen (the youngest and highest when this 1995 photo was taken) is seen to the he left, with the El Azufre peak to the right and the older El Viejo forming the lower peak to the far right. The sparsely vegetated dark lava flow in the foreground is one of the youngest from La Virgen. A major Plinian eruption from a SW-flank vent was followed the by extrusion of a thick lava flow. 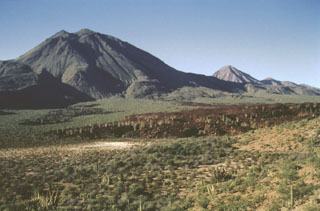