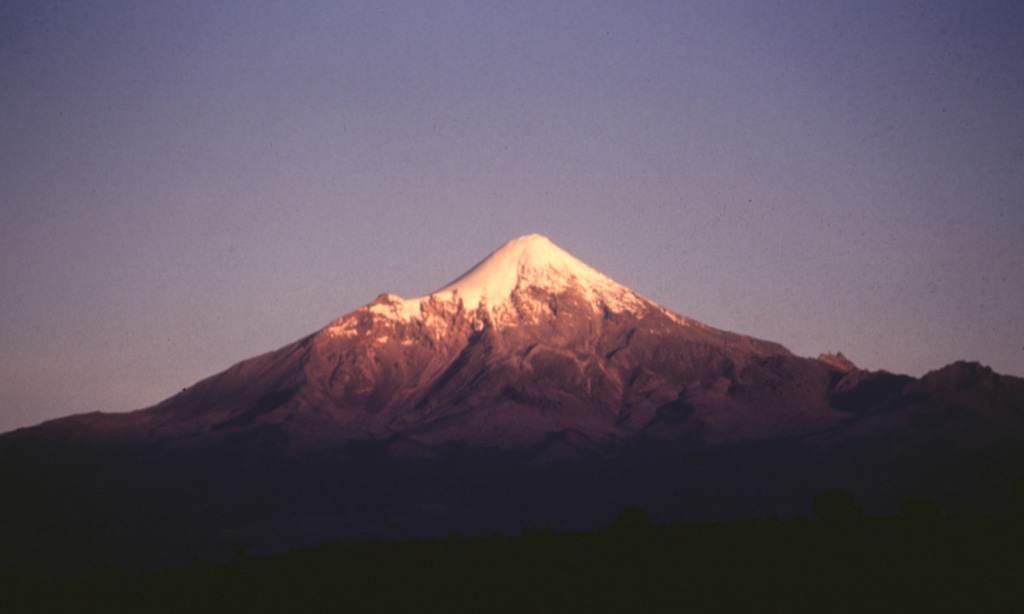 The evening sun illuminates the Pico de Orizaba western flank. The smaller peak to the left is the NW-flank peak of Sarcofago. The NW-dipping lavas of Sarcofago, which is part of the Espolón de Oro edifice, were exposed by edifice collapse. The collapse event forming a horseshoe-shaped crater, inside which the modern cone was constructed.